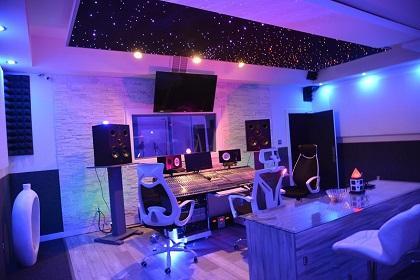 For over two decades, artists from around the globe have been flocking to Maximus Music to find the key to that Southern sound. Owner and founder Ira Parker has propelled the Queen City studio to success and brought in an incredible array of talent including Anthony Hamilton, G-Eazy, Rick Ross, Jadakiss and many more.

We recently sat down with Ira for our new Studio Spotlight series to talk about Maximus Music in more detail. Continue below to find out how Ira started the studio, hear his favorite stories about artists working in the room, and discover some of his go-to gear that he picked up from Vintage King Audio Consultant Anthony Erwin.

Let's talk Maximus Music. How did the studio get started?
My brother and I actually started it. His name is Leon Parker, he’s a visual artist. He actually painted everything in our lounge. We decided to start Maximus in North Carolina in 2000. I had a couple of analog consoles like a Soundcraft Spirit.

I started getting referrals, local clients, and all that. I went to concerts, events, conferences, anything like that so that I could network and connect as much as possible in the music community. It accumulated because it was all I was doing. Any type of conferences about music production in Georgia, Virginia, and North Carolina, I was there.

We started developing our own sound. We eventually opened a larger studio, and work just poured in. We started engineering things every single day. We did some work for Lil Wayne, we opened up shows for 50 Cent, a lot of big things like that. When I moved to Charlotte, I started getting bigger breaks. I started engineering records for DMX and Jadakiss, Dipset... It just got ridiculous. We started accumulating more and more racks as we grew, getting better and better gear... 1176s, a 1073, things like that.

These days, Anthony Hamilton is one of our engineers, and he works with some amazing artists. He’s a Grammy Award-winning R&B and soul singer. He started out working huge names like Andre Harrell, Uptown Records and more. We’re also the home of Neon Habits, a new group we assembled that has been featured on a record with a Grammy-winning artist. We were the last studio in North Carolina that got to work with Nipsy Hustle. His team is so solid. The energy and positivity they bring is so cool.

What are some of your favorite gear pieces? What do you rely on to get your job done?
Well, first of all, I bought a set of Amphion One18 monitors from you guys, so those are fantastic. Then I have my 1992 Yamaha NS-10s, I really can’t live without those. I’ve got a Sony C800. I took the tube out and replaced it with a vintage NOS Amperex Orange because I wanted something different. We have a vintage Neumann U87 (before the AI version), and it’s super flat. I love running it through the Shadow Hills Mono GAMA on the Steel setting. I bought a Tube-Tech CL1B years ago from Vintage King. I use a BAE 1073 almost every single day. If it’s not that, I go for the Shadow Hills. It’s nice to have different go-to gear options that we can reach for depending on the client.

What are some of your favorite projects that you’ve worked on at Maximus?
Working with Zaytoven is always fun. This guy pulled out one of those Akai 25 keys, [Native Instruments] Maschine, and a Macbook Pro and worked this little keyboard like it was a grand piano. He’s really cool and he can play. He grew up doing church music. The dude sat down and made about 12 beats, start to finish, in one session. It was insane. He’s kind of a quiet, laid back, polite dude and you don’t expect it.

Here’s one more for you. We had DMX in, and for the record, DMX is *actually* like that all of the time. He talks like that, he acts like that, the entire time. He was such a funny guy. I had Jadakiss come in after him, and they were killing it on the mic. Absolutely destroying it. One of the artists there was shooting videos there that day, and my eight-year-old was there that day. He started dancing for them, and the next thing you know, DMX is bringing my eight-year-old out to dance in the video. To this day, my kid still brings it up [Laughs].

What’s the musical climate like in North Carolina? How do you feel the sound of the area has influenced your work?
You’ve got people out here like Anthony Hamilton and Elevator Jay. Producers like Kevin “Black Pearl” McCloskey. They’re influencing the sound of the South. The sound of Charlotte right now is really southern. It's an 808 bop sound, influenced by that North Carolina style of trap music. It’s really heavy, you’ll hear it on records from DaBaby. It’s a mix of the Southern sound and a little bit of the Miami sound. We’re a big hub, so we get artists from all over, which allows us to influence their sound and vice versa. At the end of the day, it’s the sound that draws people in. The Maximus sound is like high definition meets vintage. Punchy and with a lot of depth.

In addition to being a recording facility, I know you host some educational programs at the studio. Let’s talk about that aspect of your work a bit.
Yeah. So here’s one thing that I want to start with... Programs are only as good as their mentors. The people that are willing to step up and help students are what make a difference, so the way that we design these courses reflects that. We make the program function for people who don’t simply want to sit and read to learn.

Our program here is more like a workshop. It allows you to sit in and learn new things in the environment, working with mentors that do this professionally every day. We’re showing you tips and things that allowed us to get the big jobs in the industry, so that you get the hands-on experience. You’re right there in front of the gear when you’re learning, so you have the ability to learn on everything with people that do this for a living every day. You’re sitting there interning in real sessions, learning on the spot as well. It’s pretty cool.

Any shoutouts that you’d like to give?
I have a whole team behind me that makes this whole thing work. You can’t build all of this on your own. It takes a whole army of people to build a place like this. Definitely have to thank my family, they’re amazing. My brother was a big part of helping me get started. My wife built a TON of the stuff in our facility. She built a bunch of the furniture in the studios. She’s a beast on the business end of things too. I couldn’t do it without her. Killswitch the engineer. Maronda “Lyric” T’Pring of Iamasongwriter, she’s worked for DaBaby and Fox’s Shots Fired. She’s very important to my whole team. Joey Fazio and Joyner Lucas, they created this game changer of an app, called Tully. It’s basically a better variation of a label, but for independents. I’m glad to know someone like Joey. Check that out, it’s a free app. 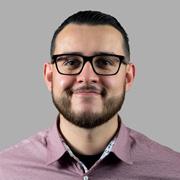 If you have questions about the SSL UF8 control surface or would like to purchase one for your studio, we're here to help! Please contact a Vintage King Audio Consultant via email or by phone at 866.644.0160.
Products in this Article
Categories: Client Stories
Tags: Recording, Recording Studio, Mixing, Client Stories, Studio Spotlight, Maximus Music & Ira Parker
Posted By: Nathan Doyle