Music Documentaries To Watch Over The Holidays [2020 Edition] 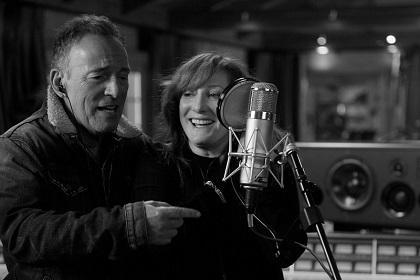 2020 has been a stressful year, to say the least. Now that the holidays are and things are starting to slow down a little bit, it’s the perfect opportunity to relax and toss on a flick. Instead of reaching for the same Netflix or Hulu series that you’ve been binging all year, why not spark your creativity with some films about music?

Every year, we compile a list of music documentaries for your viewing pleasure, and we've got a fresh batch of must-watch movies for 2020. This time we're venturing into artists' studios, learning about their history, and discovering what makes them tick. Maybe, just maybe, you'll pick up a new trick or two to apply to your own art.

Bruce Springsteen’s Letter To You

In this Apple TV+ documentary, viewers get a detailed look at Springsteen’s process of developing his new album, titled “Letter To You.” Filmed entirely in black and white, watching this one feels intimate and gives you a look at the creative flow of one of the 20th Century’s most celebrated acts. Getting a thorough view of the band recording together also offers opportunities for the film to highlight the E Street Band’s historic chemistry with The Boss. The documentary draws focus to the historic impact of the band, and how the music is created to this day.

Thanks to the much-shared narrative of Taylor Swift recording Folklore at home during the pandemic, the inner snob in many of us will want to shout "She didn't invent recording at home!" In her new doc, Folklore: The Long Pond Studio Sessions, Taylor addresses this head-on, joking she's not the first, but that it was a new experience for her. What follows is a unique live look at the album, as Taylor runs through each song with her co-producers Jack Antonoff and Aaron Dessner. Lots of great gear to look at, especially when Bon Iver pops in for a Zoom guest vocal.

Song Exploder: How Music Gets Made

New to Netflix for 2020, Song Exploder brings watchers an inside look at the creative process of top musicians like Trent Reznor, The Killers and more. Episodes dive into individual stories behind iconic hits like “When You Were Young” and Dua Lipa’s “Love Again.” Viewers will get a candid perspective from the songwriters, who break down how the tracks were conceived and fleshed out into the works that we know today. Based on the podcast of the same name, host Hrishikesh Hirway walks us through the music making process, and is sure to light up the eyes of any musician or engineer watching.

The Bee Gees: How Can You Mend A Broken Heart

Following the Gibb brothers, this documentary chronicles the Bee Gee’s climb to success. Dominating the charts in the 60’s and 70’s, the band went on to have several #1 hits through the decades. In the film, we explore footage and interviews from Barry, Maurice and Robin that delivers an up close look at the band’s dynamic. Interviews by Mark Ronson, Noel Gallagher, Eric Clapton and more make for an impactful look at the career and lives of the brothers and the footprint they left on modern music.

In Alex Winter’s Zappa, we dive into the life of creative icon Frank Zappa. A panel of distinguished musicians weigh in on the legacy of Zappa, including Steve Vai and Scott Thunes. The film highlights Zappa’s career in music, and sheds light on his personal life throughout, with access to never before seen footage of the musician. Watchers will get a rich taste of Zappa’s inner workings and the impact that the eccentric composer had on culture.

Directed by Spike Jonze, Beastie Boys Story is exactly what it sounds like: an in depth look at the band and the lives of MCA, Mike D, and Ad-Rock. Members talk about their hip hop group, the stories behind many of the Beastie’s classic songs, and pay homage to the late MCA. Filmed in a live fashion, Adam Horovitz and Mike Diamond deliver anecdotes and memories of the rise and traverse of their musical career. Those looking for a film that’s concise, heart warming, and quirky will find the Beastie Boys Story a great pick. 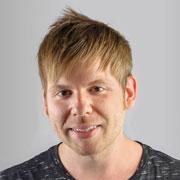 See a piece of gear in one of these docs and need it for your studio? We can help! Contact a Vintage King Audio Consultant via email or by phone at 866.644.0160.
Categories: Fun Stuff
Tags: featured, Documentaries, Music Documentaries & Holidays
Posted By: Nathan Doyle