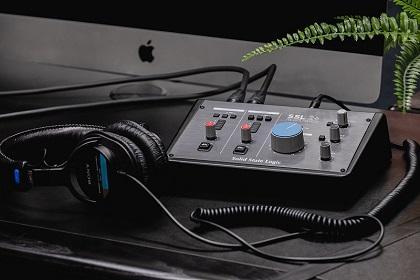 2020 has certainly been a year of innovation in the world of audio interfaces. Antelope Audio, Apogee, Avid, Focusrite, Solid State Logic and Universal Audio all gave us brand new gear that says a lot about the next generation of interfaces. They are getting smaller and sounding better and better.

While the new kids on the block certainly made an impact this year, our list of the best selling audio interfaces of 2020 includes a wide range of releases. Continue on below to find out where your interface of choice lands or start scouting out the next purchase for your studio.

Console heavyweights Solid State Logic made waves in 2020 with the introduction of the SSL2+ and SSL2 interfaces. These audio interfaces offer sound inspired by the classic SSL sound, but in a small, affordable USB-based package. Both interfaces offer two preamps with the Legacy 4K option, which adds color and color during tracking. With the SSL2+, you also get two headphone amps and four outputs for routing and tracking flexibility. Those looking for a portable interface with legendary sound will find the SSL2+ to be one of the most enticing options on the market.

The Scarlett 2i2 has become a bit of a home recording classic, thanks to a number of factors. The price is budget-friendly, the interface features streamlined functionality and it offers up impressive sounds. With two mic preamps and USB connectivity, those wanting an easy-to-use interface will find the Scarlett to be a great choice. Sweetening the deal even more, Focusrite is tossing in the Red 3 Plug-In Suite and a three-month subscription to Splice for free with your purchase.

Universal Audio certainly broke the mold when creating the Apollo Twin and they've only built on its winning reputation in recent years. With the Apollo Twin X DUO, the interface offers up even better conversion and more processing power to run your UAD plug-ins. This version of the Apollo Twin features two Unison-enabled mic preamps, so you can either track sounds with the crystal clear default preamp setting or emulate iconic preamps from brands like Neve and Manley to get an unmistakable sound.

MOTU is known for its rugged, utilitarian pieces that offer great value to music makers and the M2 is a perfect example of that. With the interface's small, convenient form factor and attractive LCD display, users will find this piece incredibly easy to use. The M2 gives you two ultra-clear mic preamps to work with and will track up to 192kHz sample rates. M2’s drivers make it easy to loopback computer audio, allowing users to combine mic inputs with Youtube output and other popular podcasting platforms.

From the biggest studios to modest at-home rigs, Universal Audio’s Apollo series has certainly won over all types of engineers. With the x8P, Universal Audio gives you eight channels of the brilliant Unison preamps that can run clean or emulate classic circuits like the Neve 1073 and the Helios Type 69. The Apollo’s class-leading conversion makes for detailed, crisp recordings and the on-board HEXA Core processing ensures that your favorite UAD plug-ins will run seamlessly.

The Discrete 4 Synergy Core brings you four console grade mic preamps in an interface with tons of processing power. Antelope Audio's Synergy Core technology utilizes both DSP and FPGA processors to keep latency ultra-low and power your plug-ins. This model features two DSP chips and one FPGA chip for processing seamlessly. Topping it all off, the Discrete 4 includes Antelope’s Acoustically Focused Clocking technology that keeps things running in perfect sync without jitter

Carrying the same sound that made the Apollo series famous, the Apollo Solo represents a great choice for users wanting to track with impressive preamps and plug-ins at a lower price. Featuring class-leading conversion in a small, durable design, the Solo is ready to be tossed in your backpack and used on the go. The Solo is bus-powered, meaning you won’t have to worry about bringing a power supply. Just plug into your computer and get to work!

For anyone needing tons of I/O and fantastic sound quality, the Orion Studio Synergy Core is incredibly hard to beat. You get 12 channels of discrete, detailed mic preamps to allow for expanded sessions, along with 4 Hi-Z inputs on the front panel. Two pairs of monitor outputs allow you to check mixes on different sets of speakers, and Antelope’s iconic clocking makes for pristine sounding audio without jitter or artifacts. The interface also features a staggering set of six DSP and two FPGA chips, which will run even the most intensive sessions with no problem.

The Avid Pro Tools | Carbon was set to be hot from the moment it was announced in November, but it quickly rose the ranks of our best selling interfaces in just two short months. And for good reason, as this hybrid interface packs impressive sound and I/O into a small, sleek 1U footprint. Avid has put together an incredible package with all of the essentials for the modern studio; pristine converters, top-notch preamps, near-zero latency and so much more.

Another new interface from 2020 rounds out our top ten, as Apogee certainly made its mark with the Symphony Desktop. This interface lets users experience the fantastic sound and conversion that made Apogee famous in a convenient, portable format. Offering two clear, detailed microphone preamps with 75 dB of gain, the Symphony Desktop is perfect for any mic of choice. With the included plug-ins, Apogee allows you to emulate classic sounds, as well as mix with the Apogee Symphony plug-in suite. 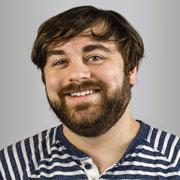