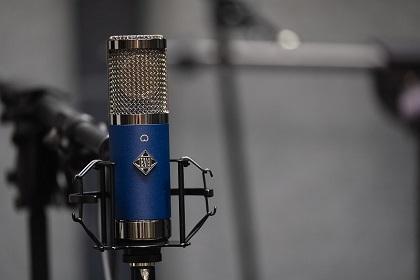 With the Alchemy Microphone Series, Telefunken Elektroakustik has brought the high-quality standards of its classics to a new generation of mics. Yet, these microphones don't simply borrow from the brand's rich history. They blur the lines of legendary voices from past microphones to offer more unique tools for engineers to work with today.

Telefunken Elektroakustik has just announced a new addition to the Alchemy Microphone Series with the release of the TF11 FET large diaphragm condenser microphone. There's a lot to be excited about with the TF11. This is the brand's first phantom powered large diaphragm condenser microphone, which offers up a sound similar to the beloved C12 that weighs in at a price tag of under $1000.

Under the hood, the TF11 has a number of interesting design features. Let's start with the CK12-style edge terminated capsule that helps give the microphone that C12 flavor. There's also Telefunken Elektroakustik's take on a classic FET mic amplifier, which works in tandem with a custom nickel-iron core transformer from OEP/Carnhill. Top it all off with polystyrene film capacitors, fine gold electrolytic capacitors, and an ultra-low-noise JFET amplifier.

Externally, Telefunken Elektroakustik has kept a similar aesthetic for the mic as the other members of the Alchemy Microphone Series. The TF11 has a beautiful indigo blue powder coast body with black nickel hardware and comes with two different mounting options. As we mentioned previously, this is the first large diaphragm condenser mic from the brand to feature phantom power. This means no external power supply, making it easy to take the TF11 anywhere you want to track.

Enough chatter. We were lucky enough to get a stereo set of TF11 microphones in advance of today's announcement and were able to track electric guitar, acoustic guitar, drums, and vocals. Watch the video below to hear the mic in action and if you're interested in learning more about Telefunken Elektroakustik microphones, check out our new Buyer's Guide here.