Music Samples, Original Beats, & Why Knowing The Difference Is Crucial 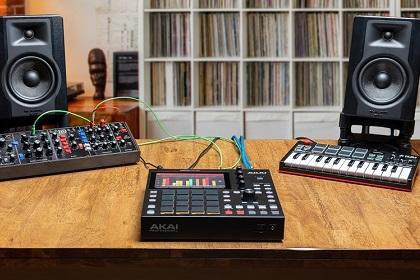 For those that work outside of the hip-hop and pop world, we don’t often think about the art of sampling vs. original beat production. So much of the music the world knows today consists of old musical ideas placed in new creative contexts. Music samples have long been used in songs, but we’re hearing them more than ever in 2020.

Samples can be great for your music, but using them incorrectly or without permission can get you into trouble. If music-sampling is a part of your creative process, you’ll need to know the difference between what’s 100% your own creation and what you’re borrowing from someone else.

After all, you don't want to have to pay $2 million dollars after releasing your genre-defining album...

For three seconds of another person's song...

First, let’s cover some basics about what falls under the category of original music. For music to be original and unique, it has to be an idea you’ve come up with on your own. This could be anything from a chord progression to an electronic beat to a vocal melody.

Music sampling happens when artists reuse previously recorded material and apply it to new music. While many think sampling happens only when artists repurpose material that isn’t their own, that’s actually not always the case. It’s completely possible to record your own audio to sample in your music. Some musicians even capture ambient non-musical sounds with field recorders and sample them for their songs.

Can I sample another artist’s music without asking for permission?

No, you can’t. Not legally, anyway. Even short sample snippets that come from someone else’s song can't legally be used without permission and credit. However, listening to a lot of music that’s being made today, you wouldn’t suspect that this is the case. Countless artists are putting themselves at risk by sampling music they don’t have the rights to. Sampling without getting permission is illegal because it exploits the hard work of musicians without paying and crediting them.

How to get permission to sample another artist’s music

Unfortunately, getting permission to sample another artist’s music can be difficult and not even possible in many cases. Two permissions are needed to clear music for sampling; use of the master recording and use of the underlying composition.

Reaching out to an unsigned artist and negotiating the terms for these two permissions is one thing, but trying to sample a major artist’s work is far harder because labels, publishers, and managers are involved. Well-known artists often don’t respond to permission requests because they’re too busy, and because it’s not worth it for them from a financial perspective.

While this is frustrating for musicians who want to sample music from popular artists, there are still plenty of exciting ways to sample play with samples.

Music samples don’t need to come from other artists to make your music interesting. Everything from sounds recorded in nature to old original songs to newly recorded musical ideas can be repurposed for new music. Writing completely new ideas is a different process than letting previously recorded material guide your creative decisions.

For example, using a beat from one of your old songs and altering the tempo can give you a framework to create new music. Yes, it’s an old idea, but it won’t sound that way when it’s placed in a new musical context. Musicians can import and manipulate samples straight into their DAWs, but more and more are using sampler instruments to create and perform live.

Any sound you can think of can be imported into a sampler and arranged in a musical way. Samplers are instruments that store recorded sounds and allow them to be played back through MIDI keyboards, sequencers, and other triggering devices. Many of these instruments are designed to manipulate the pitch and speed of samples, giving you the power to alter sounds in surreal, unexpected ways.

Samplers are designed for instant access to sounds, which essentially gives them the power to turn any recorded sound you can imagine into music. Musicians use samplers to perform live, and most connect easily to DAWs, so they’re easy to write and record with as well. If you’re looking for a way to break out your songwriting rut, experimenting with a sampler will give you access to a universe of sounds you wouldn’t have been able to create any other way and you don’t need another artist’s recordings to do it.

Famous Samplers And The Samplers Of Today

When we talk about famous samplers, one of the most beloved pieces from the history of hip-hop is the AKAI MPC. This machine was (and still is), a staple for producers around the world and many manufacturers have created new samplers following its lead. The most famous MPC, an MPC 3000 used by J Dilla, has even made it to the Smithsonian Institution.

Another important sampler in music history is the Roland/Boss Dr. Sample. This is a simple, easy-to-use sampler that can handle loops, but doesn't have many of the frills of the MPC. With that being said, many different creators have pushed the boundaries of this tool. The most notable are Madlib and, once again, the great J Dilla, who used a SP-303 to create his masterpiece Donuts while in the hospital.

While AKAI and Roland now make modern versions of these classics (MPC X and SP-404A), the market for samplers and music production centers have exploded in recent years. AKAI has a number of offerings for use in the studio and live setting, including the Force, MPC One, and MPC Live II. Other popular models currently available are the Elektron Digitakt, Elektron Octatrack MkII, Elektron Samples, 1010music Blackbox Studio, Korg Volca Sample, Korg Electribe, Ableton Push 2, Native Instruments Maschine MK3, Novation Launchpad Pro MKIII.

Anything you record, be it on your smartphone or on a nice microphone, can be used as a sample later on in your music. However, for recordings to be original, they can’t come from another artist’s music. Field recorders are portable standalone devices that give you the power to record clear audio on-the-go.

While you can create samples out of smartphone recordings, the low quality of the audio can hurt your music. You can use your home recording setup to capture new musical ideas to be used as samples, and there’s always the option of using short sections of your old previously released music as well.