A Mix Engineer's Guide To Creating The Perfect Mix Bus 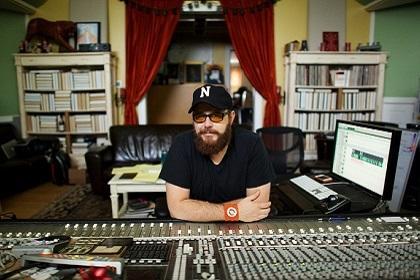 Prior to walking away with a Grammy this past weekend, F. Reid Shippen (Dierks Bentley / Ingrid Michaelson) sat down to talk all things mix bus-related with Vintage King Audio. The Nashville-based mixer and producer has been outspoken about avoiding bad pro audio advice, so we thought who better than Reid to offer tips on how to create and use the perfect mix bus.

While no two mix buses may be the same, there are some general rules that can be applied to your work. Read on to discover some of Reid's pro tips, get the inside scoop on how he uses his gear, and learn more about what exactly he uses in his set-up. Happy mixing!

START WITH THE MIX BUS

It's a question as old as time. Should you mix with bus processing engaged from the start, or wait until you have your mix dialed in and add it as the icing on the cake? According to Reid, there’s only one clear path to success.

“I always mix with bus processing engaged from the start," Reid says. "I don’t know why anyone would spend time on a mix and then add bus processing at the end that changes everything.”

Instead of using mix bus processing as a band-aid to repair a dull mix, go back and tweak the individual channels. If you don’t like the way the tracks are coming together, simply go back to the drawing board, identify the problem, and solve it at the source.

In order to apply mix bus processing at the beginning of a mix, you need to know how each piece of analog gear or plug-in is going to affect your sound. Reid suggests keeping your mix bus signal chain more or less the same for every song to maintain consistency.

“My mix bus is pretty much the same every session. I might pop a few things in and out depending on the song, thanks to the Dangerous Liaison signal router.”

Some songs may call for a clean, polished sound, while others sound better with a little grit and soul. It’s OK to add a splash of color to your mix bus in special circumstances, but for the most part, your EQ and compression settings should remain the same.

USE A HIGH-QUALITY EQUALIZER

Remember, every track in your mix passes through the mix bus, which is why picking the right EQ can make or break your track. Ideally, you want something smooth and subtle that adds powerful bass and silky-smooth highs to any track. Reid shared a few of his favorite EQs with us:

“Some of my favorite mix bus EQs are the Maag Audio EQM4 because it sounds great and it doesn’t cause any phase shifting. It keeps my mixes clear and solid. It gives me that little bit of mojo that I would miss if I didn’t have it. I also like the parallel EQ channel on the Maag Audio Magnum-K. Pultecs are fun too because they’re program dependent.”

Maag EQs are known for their rich bass response with bands extending well below 40 Hz. Their signature "air band" extends all the way up to 40 kHz and is a favorite among top-tier engineers for its shine and shimmer.

ADD A LITTLE BIT OF GLUE

When it comes to mix bus compression, a little goes a long way. It’s all about gluing tracks together with subtle ratios (like 2:1) and modest amounts of gain reduction. According to Reid, you barely need to see the needle move at all.

Typically, most engineers reach for a clean, fast-acting VCA compressor like the SSL Stereo Bus Compressor, although some tracks may call for a little more grit, in which case the Neve 33609 Stereo Compressor is a solid option.

Some engineers like to keep their mix buses as clean as possible to avoid altering the sonics of the song. But where’s the fun in that? Reid suggests loading up your mix bus with plenty of color and character in the form of analog saturation.

“I use a modded Solid State Logic 4000E console, a Fairchild 670 tube compressor, plenty of transformer color, and tube preamps in parallel. Whatever works for the tune. I don’t know if it’s saturation, necessarily, but it definitely adds a certain vibe.”

While an original Fairchild is certainly a great way to capture a vintage vibe, check out our wide selection of analog summing mixers if you’re looking for harmonic saturation on a budget.

Although the Loudness Wars have mostly subsided, artists and engineers have gotten into the habit of adding a limiter to their demos and rough mixes to help their tracks pop out of the speakers. However, Reid recommends leaving the loudness maximization up the mastering engineer.

“I don’t usually use a limiter on my mix bus unless the song calls for it. Again, why would you mix something and then change the dynamics with a limiter before you send it off? Now adding a little transparent level, like with iZotope Ozone, can help in the level wars with rough mixes sometimes... But if a mastering engineer has to ask you for a mix with “no limiting,” then either you don’t know what you’re doing, or they don’t.”

Instead of smashing your mix up against a brick wall limiter, simply leave a few dB of headroom and let the listener turn the volume up if it’s too quiet. The final master will sound better if the mastering engineer has more dynamics to work with.

USE YOUR EARS, NOT YOUR EYES

There’s a lot of controversy surrounding what level engineers think you should print your mix at. Some swear by leaving exactly 3 dB of headroom, while others suggest printing at -14 LUFS. Reid suggests using your ears to mix the song at whatever level sounds best. “What’s a meter? I don’t really pay attention to meters much, but the Lavry AD122-MKIII has a good one.”

While one mixing engineer’s mix bus certainly won’t work for every occasion, it’s always fun to compare and contrast what people are using on their two-bus. We asked Reid what he likes to use on his mix bus, and here’s what he said: If you would like to purchase any of the gear mentioned by Reid in this blog or have questions about your mix bus, we can help! Please contact a Vintage King Audio Consultant via email or by phone at 866.644.0160.
Categories: How To & Interviews
Tags: featured, Mixing, How To, Mix Bus, Mix Enginer, F. Reid Shippen, Reid Shippen & Mix Bus Processing
Posted By: Brad Pack