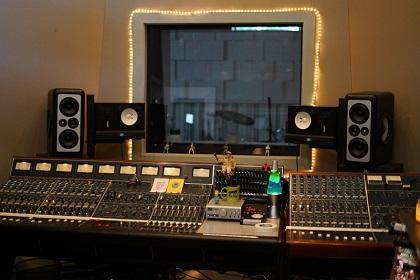 Preston Cochran and Scottie Prudhoe first bonded as middle schoolers over The Beatles, Flaming Lips, and Wilco. The Jeff Tweedy-led outfit was of particular interest to the young DIY musicians from Virginia, and they began setting up a "Loft"-like studio in the Cochran family home.

While Preston and Scottie started on cheap mixers, they soon elevated their game with a Shadow Hills Industries Quad Gama purchased from Ryan McGuire at Vintage King Audio. Eventually, after thousands of hours and trial-by-fire experimentation, they developed an appreciation for using high-quality analog gear on the front-end during tracking. This ethos would only grow stronger as the duo decided to make their way to Nashville after college and stake a claim in the studio scene.

Opened in October 2016, Trace Horse Recording Studio has served as a home base for Preston and Scottie since moving to Music City. They literally slept on the studio floor for the first three years of operation. Located just down the street from Vintage King Nashville in the Berry Hill neighborhood, the studio features an impressive floor plan and one of the best selections of gear in the country.

At the center of the control room are two vintage consoles, a Neve 8014 and a Neve BCM10 which were refurbished by the Vintage King Audio Tech Shop. The two consoles also feature custom modifications that essentially allow them to behave as a single 26-channel Neve Class A tracking monster. Other favorites in the main studio room include a custom VK Helios Type 69 Rack, the VK edition of the Retro 175-B, Pulse Techniques' EQs and the Overstayer Saturator.

In the latest addition to our Inside Look series, we're diving headfirst into the Trace Horse crew's obsession with analog gear by taking a walkthrough tour of their facilities. Watch the video below to hear  Preston and Scottie discuss the goals for the studio and how they developed a partnership with Vintage King Audio over a period of years that would play a critical role in launching Trace Horse in Nashville.