Music Documentaries To Watch Over The Holidays [2019 Edition] 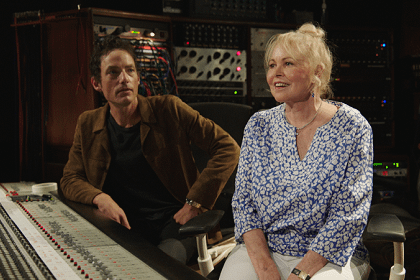 The holiday season is the perfect time to catch up on some much-needed downtime. And what better way to do that than to kick back and relax with a movie? Ditch the holiday flicks this year and check out some hot new documentaries and a few classics.

Echo In The Canyon

Recording in Progress explores how the recording process has changed over the years, with a heavy focus on the challenges of owning and operating a commercial recording studio in the digital age. As technology continues to evolve, many recording studios are finding it hard to compete with the convenience of home studios. Combined with the advent of streaming and an ever-changing business model, it’s more difficult than ever for commercial studios to thrive. Recording In Progress focuses on how some studios have adapted to making business work in this new climate, and gives a glimpse into the history and workings of prominent commercial recording studios.

Whether you have an appreciation for a topic Ken Burns is covering or not, you'll usually walk away from his documentaries with a whole host of new knowledge. His eight-part miniseries on country music that aired on PBS earlier this year is an incredible historical document on both the musical genre and America as a nation. Alongside rarely seen photos and video, the talking head interviews from Dolly Parton, Marty Stuart, Roseanne Cash, and countless others provide an inspiring look at the music creation process.

Linda Ronstadt: The Sound Of My Voice

As one of the standout singers of her generation, Linda Ronstadt did it all. From standards to rock and pop to country, there was nothing she couldn't do. In this new documentary, viewers are invited to learn more about Linda's journey to the top and discover how the effects of Parkinson's disease shook her life to its core. It's a beautiful documentary that showcases how even if one loses their voice, they can still be heard.

Produced and directed by Dave Grohl, Sound City explores the history of the legendary Sound City Studios in Los Angeles. Despite its rugged looks, Sound City Studios is known for producing some of the most iconic rock albums of all time, from renowned artists like Tom Petty, Fleetwood Mac, Neil Young, and Cheap Trick.

Released in 2016, The Smart Studios Story chronicles the history and legacy of Smart Studios in Madison, Wisconsin. Founded by Butch Vig and Steve Marker in 1983, Smart Studios was highly influential in the alternative and grunge scene of the 1990s. After scoring a few hits with local rock legends Killdozer, up and coming artists began to seek out Smart Studios for its unique sound.

Countless iconic bands recorded some of their greatest works at Smart Studios, including Nevermind by Nirvana, Gish by The Smashing Pumpkins, Bricks Are Heavy by L7, Take This To Your Grave by Fall Out Boy, Narrow Stairs by Death Cab For Cutie, and Garbage’s eponymous debut album. The Smart Studios Story explores how two guys from a small town in the Midwest used a humble studio and a DIY ethos to change the sound of music forever.

The award-winning Muscle Shoals documentary follows the story of the iconic FAME Recording Studio in Muscle Shoals, Alabama. Owned and operated by Rick Hall, FAME was responsible for some of the biggest soul records of the 60s and 70s, including hits by Etta James, Aretha Franklin, The Staple Singers, Wilson Pickett, as well as classic rock songs by The Rolling Stones, Lynyrd Skynyrd, Joe Cocker and more.

At the peak of FAME’s popularity in 1969, four session musicians who called themselves The Muscle Shoals Rhythm Section left the studio to create their own recording facility, causing a battle for the claim to “The Muscle Shoals Sound.” Muscle Shoals offers being-the-scenes footage of classic recording sessions, as well as interviews with the staff and musicians.

There are also some killer television shows that are perfect for watching over the holidays...

Sonic Highways is an eight-episode miniseries directed by Dave Grohl that details the making of the Foo Fighters’ eighth studio album, Sonic Highways. Each song was recorded in a different studio in various cities across the US, and each episode documents the process of recording one track from start to finish. In addition to in-studio footage of different recording sessions, Sonic Highways also details some of the music history found in each city.

The Classic Albums aeries was a British show that aired from 1992 to 2012 and are now largely available on Amazon Prime. Each episode chronicles the making of a different classic album, including hits like Electric Ladyland, Rumours, The Joshua Tree, Aja, Who’s Next, Goodbye Yellow Brick Road, Hysteria, Ace of Spades, A Night at The Opera, Pet Sounds and many more.

The American Epic Sessions is technically a movie, but it’s broken up into 20 easily digestible clips that are quickly searchable on YouTube. In the film, an engineer restores one of the oldest surviving electrical sound recording systems from 1925 and invites 20 contemporary musicians to re-record classic songs. Each session features musicians performing live in the studio, circled around the vintage recording system, along with the direct recordings, which feature no additional processing. Check out performances from Alabama Shakes, Elton John, Willie Nelson, Merle Haggard, Jack White, Taj Mahal, The Avett Brothers, Steve Martin and more. If you'd like to recreate the sounds of the artists or studios seen in these documentaries, we're here to help! Please contact a Vintage King Audio Consultant via email or by phone at 866.644.0160.
Categories: Fun Stuff
Tags: featured, Documentaries, Music Documentaries & Fun Stuff
Posted By: Brad Pack