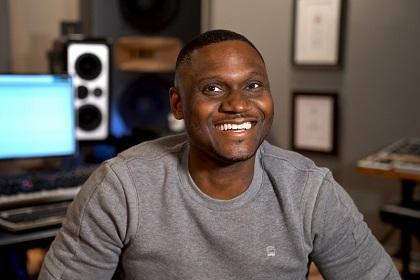 For Needlz, the creation of music has always centered on finding new sounds that intrigue him. Whether by way of a snare hit, synth melody or sample, the world has provided plenty of inspiration for the Atlanta-based music maker. He's written and produced multi-million-selling records for the likes of Bruno Mars, Cardi B, G-Unit, Lupe Fiasco, and countless others.

In order to capture his song sketches in the moment and turn them into hits, Needlz has relied on Universal Audio's Apollo audio interface series for as long as he can remember. "I started with the silver one and I've gotten each new version since," Needlz says from the confines of Dry Rain Studio. "Now I've got two Apollo x16s in my set-up, which gives me 32 channels to work with."

Thanks to the Apollo X's next-generation A/D and D/A converters, increased processing power, and Universal Audio's Console application and plug-ins, Needlz is able to leave all of the gear in Dry Rain miked up and is ready to record (without latency) at a moment's notice. It's this ease of use that keeps him coming back to these interfaces time and time again.

To learn more about how Needlz uses the Apollo X interface and Universal Audio plug-ins in the studio, watch our brand new Vintage King Workflow video below.

If you're interested in learning more about how Universal Audio interfaces and plug-ins can revolutionize your studio workflow, we're here to help! Contact one of our Audio Consultants via email or by phone at 866.644.0160.