The Best Podcasts For Audio Engineers And Producers 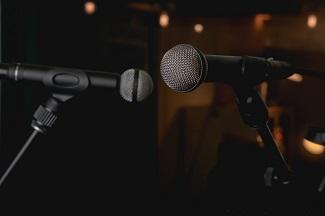 A great audio engineer understands the importance of learning their craft from the masters. Books and magazines have always been a great resource, but the explosion of podcasts on engineering, mixing, and mastering has made quality information more available than ever.

In this blog, we’ll break down some of our favorite podcasts for audio engineers, including gear-driven tech talk, podcasts on how to run your own studio, and behind the scenes interviews with artists and producers.

Podcasts On The Craft of Engineering And Production

Hosted by the Grammy Award-winning engineer Lij Shaw, Recording Studio Rockstars takes you behind the scenes with some of the world’s greatest producers, engineers, and studio owners to help you take your recordings to the next level. Lij has posted hundreds of insightful interviews over the last four years with guests like Vance Powell, Michael Beinhorn, Graham Cochrane and many more.

Don’t let the title mislead you, Gear Club is about more than just gear... Much more. Described as “an informative, yet irreverent look at the art of recording by the leading practitioners,” Gear Club features interviews with artists, producers, and engineers like Joe Chiccarelli, George Massenburg, and EveAnna Manley. Hosted by legendary engineers John Agnello and Stuart Lerman, Gear Club has been a staple in the recording industry since it started in 2016.

Hanging Out With Audiophiles

English-born, Nashville-based musician Jamie Lidell launched the aptly-named Hanging Out With Audiophiles in 2017. In the time since, Jamie already has 52 episodes under his belt, including interviews with a wide range of musicians and producers, including Jacquire King, Dave Stewart, Susan Rogers, and so many more. His interviews are extremely interesting and really get into the minutiae of his guest's workflow, in addition to his own.

Helmed by recording engineer and producer Warren Huarte (The Fray / Korn), Produce Like A Pro sets out to "demystify the recording process." Warren does this through insightful interviews with other pro engineers and producers and incredibly in-depth song breakdowns. Whether you want tips and tricks or just want to relax and listen to an inspiring interview, this is the podcast for you.

The Attack And Release Show

The Attack And Release Show is another mastering-based podcast and this one features professional mastering engineers Sam Moses and Matthew Garber as hosts. The show aims to help both mastering engineers and mix engineers who are sending over files to be mastered. They do a great job of dispelling myths of the industry and making sure that you have properly prepared your files for the next step in the record making process. Warning: These boys let the dad jokes fly!

While they may be new to the podcast game, Masterdisk is certainly no stranger to mastering for vinyl. Mastering Engineer and Masterdisk main man Scott Hull has been at the forefront of the profession since 1983. In the first three episodes of their podcast released in July, Scott talks about the steps to making a vinyl record, Jack White's Third Man Records and making your first 7-Inch.

Podcasts On The Business Of Running A Studio

The Six Figure Home Studio podcast is hosted by mixer and producer Brian Hood and mastering engineer Chris Graham and offers business advice on starting and running a successful recording studio. From basic business tips to advanced techniques, the Six Figure Home Studio podcast covers topics like how to find your niche, how to set your rates, and how to land your first client. This is everything you need to learn about how to run a profitable home studio.

Hosted by Justin Colletti, each episode of the Sonic Scoop Podcast explores the business and the craft of music and sound. Although it just started in 2019, the Sonic Scoop Podcast has already racked up over 30 episodes with incredible guests including Michael Brauer, Manny Marroquin, and Joe Lambert. From mixing tips and tricks to technical advice the Sonic Scoop Podcast covers practical topics like how to use reference mixes, how much audio engineers should expect to earn, how to file taxes as a freelancer and more.

Unstoppable Recording Machine is probably best known for its hard rock and heavy metal engineering crash course, Nail the Mix. In 2016, Eyal Levi started the URM Podcast, where he interviews the best producers in the business to talk shop. Each episode is packed with informative, actionable advice to help you level up your recording skills. Not only does the URM Podcast interview legendary figures like Steven Slate, Warren Huart and Jordan Valeriote, they also interview up and coming professionals to provide insight on each step of the journey.

Podcasts On The Art Of Making Music

Song Exploder goes behind the scenes with artists of every genre to explore their creative process. The podcast was established in 2014 by executive producer Hrishikesh Hirway, who also hosted the show until late 2018 when Thao Nguyen took over. Each episode opens with a brief history of the artist, followed by an in-depth discussion of how they created a specific song. Some artists talk about their inspiration or their songwriting process, while others discuss recording techniques or the mixing process. Each conversation is laced with isolated multitracks to make you feel like a fly on the wall as artists deconstruct their actual song sessions.

And The Writer Is…

Multi-platinum songwriter Ross Golan interviews the writers behind your favorite songs in And The Writer Is… Every week, Ross sits down with acclaimed songwriters like Skylar Grey, Ben Gibbard, Jon Bellion and more to intimately discuss what happens behind closed doors in the music industry.

Hosted by Shane Told of Silverstein, Lead Singer Syndrome features candid conversations with vocalists from bands like Underoath, Sum 41, Motion City Soundtrack and more. Conversation topics include new music, stories from life on the road, the creative process and what it’s like being a lead singer. 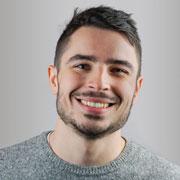 Podcasts are a great resource, but so is our team of Audio Consultants! If you have any questions about recording, mixing, or mastering, you can reach us by phone at 866.644.0160 or via email.
Categories: News and Events & Fun Stuff
Tags: featured, Mastering, Mastering Engineer, Interviews, Recording, Recording Engineer, Mixing, Mix Engineer, How To, Podcasts & Audio Podcasts
Posted By: Brad Pack