The History Of Tape Op With Larry Crane 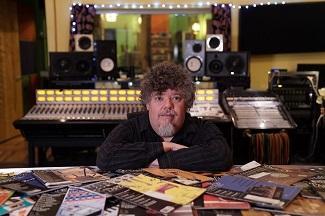 If you've never picked up an issue of Tape Op, you've been missing out. Founder/Editor Larry Crane and his team assemble each issue as a fervent love letter to the greatest minds and gear in the worlds of recording, mixing and mastering.

"When I started Tape Op, I was like 'Oh, I'll call my friends and interview them,' and that's what I did for the first five issues. The next stage was getting to interview someone whose records I liked, but I had never met," Crane says of finding interview subjects. "After that, it was like 'When am I going to go to get to talk to Brian Eno.' Getting to talk to Brian a few years ago and visit him at his art studio in London was my favorite thing I've ever been able to do. I never thought that would be something that I'd get to do."

It's Crane's immense appreciation for those behind the recording console that continues to make his magazine such a huge success. Tape Op has become one of the most widely distributed recording magazines in the world, in addition to spawning a number of books, a new podcast series, and an online format.

We recently visited Larry Crane at his recording studio, Jackpot Recording, where he continues to work as engineer and producer on albums from Jenny Lewis, Wooden Shjips, She & Him, and Spoon. Watch our new video, The History of Tape Op, below to learn more about Crane's early days of spraypainting covers, his work with publisher John Baccigaluppi, and much more.