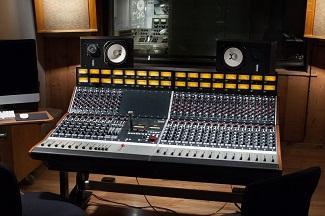 Now operated by the Country Music Hall of Fame and Museum, RCA Studio B in Nashville is open for visitors to explore where their favorite records were made. The hallowed halls of the famous Music City studio have seen just about every legend pass through, including Chet Atkins, Dolly Parton, Willie Nelson, and the King himself, Elvis Presley.

“Terry Blackwood of the Imperials asked Elvis how to knock a gun out of somebody's hand if they were trying to rob you,” says RCA Studio B Assistant Studio Manager Johnny Gentile. “So they found a pistol in the studio and held it towards Elvis. Elvis karate kicked the pistol out of the person’s hand and it went flying across the room. The barrel of the pistol went straight through the back of session guitarist Chip Young’s acoustic guitar.”

While the days of karate kicks and pistols may be gone, recording sessions have not stopped at Studio B. The Country Music Hall of Fame and Museum hosts a wide range of recording events and educational programs in the studio. As you might expect, the room is filled with classic vintage gear like LA-2As, Altec 438s and EMT 140 plate reverbs.

When Studio Manager Justin Croft and Johnny Gentile began their search for a new recording console to install in Studio B, they came to Vintage King. The duo teamed with Audio Consultant Jeff Leibovich for guidance on their mission and visited the Vintage King Nashville showroom to demo modules. Ultimately, the trio made the decision to go with a 24-Channel Rupert Neve Designs 5088 console.

Watch the video below from Rupert Neve Designs to go inside RCA Studio B and learn more about the studio's new 5088 console. After the video, read our extended interview with Johnny Gentile to find out more about the console and other gear that the Country Music Hall of Fame and Museum purchased from Vintage King.

Aside from daily tours provided by the Country Music Hall of Fame and Museum, what happens at RCA Studio B in terms of recording nowadays?
Once in a while we do special recordings, which usually take place at night after the tours end. The last record cut there was JD McPherson’s “Undivided Heart & Soul.” We also host many live performances of Nashville-based artists, which are often recorded and streamed on social media as well.

Our bread and butter is the 250-300 educational programs we put on each year for student groups, ranging from middle school to colleges. The students travel to Nashville and get a chance to tour and record at the studio. The groups range from acapella choirs and jazz bands to symphonies and orchestras and pretty much everything in between.

For the console at RCA Studio B, you opted for the Rupert Neve Designs 5088 console. What made you decide on a modern console instead of something that was vintage and era-appropriate to when the studio was built?
As engineers, we have had a lot of experience with vintage consoles here at Studio B and there are many great ones in town that Nashville has to offer. The back side of that is that old consoles can be rather finicky and temperamental even if they have been properly restored, much like having a vintage car as your daily driver.

With how busy we are and how much traffic we have throughout the year we wanted, something new and extremely reliable where we wouldn't have to be pulling channel strips and such and having them on the bench all the time.

The Rupert Neve Designs 5088 looks and feels much like a vintage console, but with the benefits of being compatible in a modern studio world. It is super reliable and built like a tank, and more importantly it is very sonically pleasing, making it an easy choice.

I think the biggest thing for all of us who work here on it everyday is the sonics and depth it has. It’s a really good match for the sound of our tracking room and very easy to wrap your head around as far as routing and patching goes. We tested and listened to several modules from different companies at Vintage King Nashville, but once we heard a 5088 channel strip, we knew it was the perfect fit sonically for our studio.

How was it working with Vintage King on the purchase of the console? What was the installation process like?
Working with Vintage King was awesome. Our contact was Jeff Leibovich and this whole process of restoring the studio has taken about four years for us. Once we did a lot of building maintenance, we started talking audio with Jeff for about the last year and a half.

Jeff and everybody else was super patient with us and understood how much of an undertaking it was to restore the studio. We went through tons of different budgets and delayed timelines and Vintage King was with us every step of the way. Once the console was ordered, it took about five weeks to build and then Skinny Fish Audio did all the wiring and install, which took about two weeks on and off.

When it came to selecting other kinds of gear for the studio, a lot of your selections were reissues of classic pieces of pro audio equipment. Talk about some of the mics like the U 47 FET and U67 reissues you picked up Vintage King.
We wanted the classics because the studio has such a classic vibe to it, but once again, we need things to work pretty much all the time and can’t have too much on the bench. We have a collection of vintage mics here, but we don’t bring them out every day. We still wanted mics that are well made and have a particular sonic quality to them. The U67 reissues are just amazing, as well as the FET 47. We also have reissues of things like Coles 4038s and the new Telefunken 260s, which are all great.

What about in regards to outboard gear like the 1176 you picked up? What do you like about that piece for the studio?
We used to have a pair of vintage 1176s back when Belmont University used the studio as a teaching facility, but they moved across the street to occupy the now restored Columbia Studio A and took their equipment with them. We really missed having them around as they are such versatile and iconic pieces. So when it came time to refurb Studio B, we knew they had to be on the list.

What’s the future look like for RCA Studio B? Where do you want to take the studio from here?
We want to continue with our mission of using the room for educating students about audio engineering, recording and allowing them to make their own records. Our new updates will allow us to do a whole lot more of this and with even higher quality. We also look forward to doing future special projects for a whole new generation of musicians and music lovers alike. To learn more about the Rupert Neve Designs 5088 console, check out our brand new Buyer's Guide by clicking here. If you're interested in purchasing or configuring your own 5088, please contact a Vintage King Audio Consultant via email or by phone at 866.644.0160.