Music Documentaries To Watch Over The Holidays [2018 Edition] 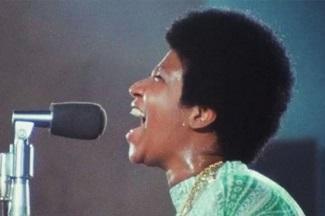 Tis the season to slam down the holiday meal, hand off presents to your loved ones and then get back into bed because you've been hustling throughout 2018 and it's your day off dammit...

While we don't suggest skipping out on meals or visits with loved ones through the holidays, we understand your plight. If you've been working in the studio, running live sound or just busy creating music in your spare time, this is the time to reflect, rest and take it easy.

How do we suggest you do that? By taking in some of the incredible music documentaries that have come out in the past year! Check out our list below, trust that it will take your mind off work and find inspiration in these amazing stories from some of the most recognized (and under-recognized) in the world of stage and song.

Amazing Grace
While The Queen of Soul left us behind this year, we are graced with a beautiful concert documentary to remember her by. Amazing Grace was shot in 1972 and, ultimately, shelved for 46 years until it was released this year. The scene is set at New Temple Missionary Baptist Church in Watts, Los Angeles, as Aretha unleashes an incredible two-concert performance backed by the Southern California Community Choir. This is a must-see.

A Song For You: The Austin City Limits Story
Whether you're interested in the production side of one of the longest-running music-based TV shows or just in it for the sake of the song, A Song For You is a great watch. The documentary chronicles the beginnings and beyond of Austin City Limits, the beloved public broadcast show that brought the live performances of Willie Nelson, Ray Charles, Townes Van Zandt, Wilco and so many more into our humble abodes.

Springsteen On Broadway
While it's not quite a documentary, we'll always make room for The Boss on any list we put together. Bruce Springsteen is a storyteller unlike no other and his tales of growing up in Jersey, racing in the streets and a troubled home life paint a vivid picture of his world in Freehold. Springsteen On Broadway has it all; tears of joy, tears of rage and a whole lot of Bruce.

Bad Reputation
From punk to icon, Joan Jett has continued to transcend musical boundaries from her early days in The Runaways to her induction into the Rock And Roll Hall Of Fame in 2015. It wasn't always easy though. Bad Reputation tracks Joan's rise to stardom and her willingness to stick it to the man and those who say "girls don't play rock 'n' roll."

Gateway Sound
For pro audio and studio fans, Gateway Sound is a dream. This doc showcases the process of creating records at all levels, the joys and pain points of working in large studios and the rise of the home studio. If you've made it this far in the blog and are a constant reader, we can guarantee you'll enjoy this flick when it gets a wider release in 2019.

If you still want more music docs, we got them for you! Check out our Music Documentaries To Watch Over The Holidays from 2014, 2016 and 2017, most of which are available for streaming now.