Time Of The Season: The Making of The Zombies' Odessey and Oracle 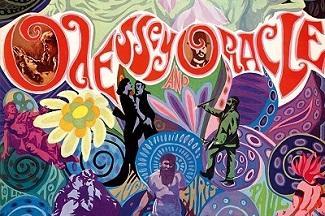 After the Summer of Love in 1967, psychedelic rock began to spread throughout the world like a strange-smelling cloud of smoke. It quickly became the calling card of 60s counterculture. Artists like The Doors, Led Zeppelin and even The Beatles began to experiment with the genre. But one of the most quintessential albums from the era comes from a band that never got to taste the fruits of their labor.

The Zombies are best known for their hit “Time of the Season” from the cult-classic Odessey and Oracle released in 1968. While the album was originally met with mediocre reviews, now — 50 years after its initial release — it’s finally come to be appreciated as one of the greatest albums of all time.

The Zombies formed in England in 1961, and like most bands, they kicked out their lead singer and changed their name shortly after. In 1964, they entered a battle of the bands sponsored by the London Evening News and won a recording contract with Decca Records. Their very first single, “She’s Not There” was a huge success, as it charted in both the UK and the US and sold over one million copies worldwide.

Then, like most bands, things started to go downhill…

Their second and third singles got less and less airplay. They were getting fewer offers for live performances. The phone stopped ringing, and the money dried up. It seemed all too obvious that The Zombies were destined to be nothing more than a flash in the pan, especially to keyboardist and founding member, Rod Argent.

According to an interview with Sound on Sound, Argent thought the band was going to get dropped from their label, and be forced to break up, but before they did, Argent was determined to make the album they’d always wanted to make:

“…if we were gonna break up, we really wanted to have the chance to express our own songs with our own ideas.”

In order to avoid the writing on the wall, The Zombies decided to get ahead of the problem. They left Decca Records in 1967 and signed to CBS, under one condition: they wanted to produce the record themselves. Against all odds, CBS obliged.

Abbey Road Studios
In June of 1967, The Zombies arrived at Abbey Roads Studios for their first session. They were greeted by Geoff Emerick and Peter Vince, the same duo who engineered Sgt. Pepper’s Lonely Hearts Club Band in the very same facilities just two months prior.

All five members loaded into the live room of Studio 3. Hugh Grundy set up his Ludwig drum kit which was mic’d using the Glyn Johns Method with an added kick mic. Although the specific mics used haven’t been disclosed, we know that Geoff Emerick used two AKG D19cs and a D20 to mic Ringo’s kit.

Chris White set up his Fender P-Bass, likely recorded with an AKG C12, while Paul Atkinson dialed in his Rickenbacker and Vox AC30 combo, likely mic’d with a Neumann KM54. Argent played a Hammond L100 through a Leslie amplifier, as well as John Lennon’s personal Mellotron Mark II. Singer Colin Blunstone tracked his vocals live with the band using a Telefunken U47.

Even though eight-track tape machines had yet to make their way to the UK, Abbey Road was outfitted with a makeshift eight-track recorder. Using a technique Abbey Road engineers developed when working with The Beatles just months prior, Emerick and Vince synced two four-track Studer J37 tape machines together, doubling the track count.

The Zombies were used to being limited to four tracks, and found their newfound freedom inspiring. According to an interview with Sound on Sound, The iconic clap and “ahh” sounds from “Time of the Season” were spontaneous overdubs:

"It felt as if any idea that we had, we could actually just go in there and do them. And they were all our own ideas, so we were buzzing really on all the tracks that we were recording.”

But The Zombies didn’t come to experiment, they were extremely well rehearsed. In just over a month they were able to record and mix five full songs: “Friends of Mine,” “A Rose for Emily,” “This Will Be Our Year,” “Hung Up on a Dream,” and “Butcher’s Tale (Western Front 1914).” According to Argent, everything just clicked:

“We were very well prepared because the budget wasn’t big. We were very well rehearsed — and we would put the whole track down within one traditional three-hour session. We felt that we were getting the best sound that we’d had up to that time, it all felt very natural.”

In late July, when Abbey Road was unavailable, The Zombies temporarily shifted base to Olympic Studios where they recorded “Beechwood Park,” “Maybe After He’s Gone,” and “I Want Her, She Wants Me.” They returned to Abbey Road Studios in mid-August to record three more tracks: “Care of Cell 44,” “Brief Candles,” and “Time of the Season.”

Finally, after a long break, The Zombies made one last trip out to Abbey Road Studios in November to record the last song for the album, “Changes.”

Mixed Messages
When it came time to mix down the tracks on Abbey Road’s console, Argent and bassist/engineer Chris White didn’t waste any time. According to Argent, they only had a £1000 studio budget, so they had to work fast:

“We’d almost always record a track in three hours and then we would maybe mix at least a couple of tracks in a following three-hour session.”

Since stereo recordings were only recently implemented, Argent and White mixed the entire album in mono. After sending the masters to CBS, they were told to submit stereo mixes, forcing Argent and White to go out of pocket to the tune of £200.

Release The Zombies
Finally, The Zombies had captured their vision. They had finally finished their album, and they had done it on their own terms. But after the first single ‘Care Of Cell 44’ failed to chart in the States, CBS decided to cut their losses and shelf Odessey and Oracle.

CBS took Kooper’s advice and released the record with “Butcher’s Tale (Western Front 1914)” as the second single, which also flopped. As a last-ditch effort, CBS released “Time of the Season” as the third single, which also looked destined to share the same fate, until a single DJ in Boise, Idaho started playing it repeatedly. Slowly but surely, over the course of six months, the song began to chart, eventually climbing all the way to #1.

Sadly, by the time their music had finally found its audience, The Zombies had already broken up. While the success of the single eventually forced the band back into the studio, they never released another album. Argent tells Sound on Sound, “We didn’t want to make another album. We’d broken up with Odessey and Oracle and I wanted that to be it”

Undying Legacy
While Odessey and Oracle received mediocre reviews upon its release, years later it finally found the appreciation it always deserved. Today, Odessey and Oracle is a cult classic, topping countless “best of” lists and firmly cemented as one of psychedelic rock’s most underappreciated gems.

The Zombies are celebrating the 50th anniversary of Odessey and Oracle with a worldwide farewell tour starting in September.