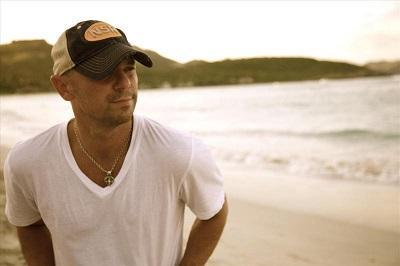 Over the last few years, country music’s popularity has skyrocketed. According to the Country Music Association, 42 percent of the US population is country music fans as of 2017. Artists like Kenny Chesney, Cassadee Pope and the incomparable Taylor Swift are dominating the charts with their perfect combination of country and pop.

So what’s the secret to recording a crossover hit that takes the country by storm? We did some research on what the top engineers in country music are using to get achieve success. Here’s how some of the best in the business are getting their signature sound.

Justin Niebank is a master-level country music engineer who’s worked with just about everyone that’s ever strummed an acoustic guitar. In an interview with Universal Audio, he revealed his secrets for getting Kenny Chesney’s signature vocal sound:

Niebank has also been known to use an Urei 1176, an Empirical Labs Distressor and a DBX compressor.

Taylor Swift
Although she has transitioned to a more standard pop sound, Taylor Swift's career started with several high-profile pop-country hits. According to an interview with Sound on Sound, producer and engineer Nathan Chapman recorded Swift's vocals with an Avantone CV12 microphone. Additionally, he used a Martin Sound Martech MSS-10 preamp, a Tube‑Tech CL 1B compressor and Apogee converters during the creation of Swift's album, Speak Now.

Chapman actually recorded his own harmony vocals on several tracks using a Shure SM57 through an API 512 preamp and an Empirical Labs Distressor. Chapman uses a similar signal chain for acoustic and electric guitars, but replaces the dynamic SM57 with a Neumann KM 54 small diaphragm condenser. However, he says he only used real guitar amps for about 40 percent of the work he did on Taylor’s records. For the rest, he used the stock Amp Designer plug-in in Logic Pro 9.

Faith Hill
“Breathe” by Faith Hill was arguably one of the first super-successful country-pop crossover hits. Hill’s engineer Julian King reveals his not-so-well-kept secret for recording guitars in an interview with iZotope.

It’s an SM57. He uses a Shure SM57, just like everyone else. Sure, he runs it through a vintage Neve preamp and blends it with a Royer 122, but that’s it. King takes a more unique approach to recording acoustic guitars:

Chris Young
Billy Decker (Darius Rucker, Jason Aldean) detailed his go-to vocal chain for mixing any genre during an interview with Sound on Sound. He uses the Waves CLA-76 compressor, the EQ section of the Metric Halo Channel Strip plug-in and the Waves RVox compressor. Finally, he adds two de-essers to help tame the high-end:

"One of them is actually a de-honker, because I put it at 2 kHz, to take out all the nasal-ness. That 2 kHz honk thing is like fingernails on a chalkboard for me. I run the other at 8-10 kHz, depending on whether it is a male or a female voice. But male, female, screamo, pop, country, I always use the same vocal chain.”

The Nashville Sound
Producer Kevin Ward and engineer Jon Wright talk about “The Nashville Sound” on episode 77 of the Mix Coach and how this modern country actually draws from rock music just as much as it does pop. Most modern country songs feature the drums and guitars of a rock record, the strong, catchy vocal hooks of a pop record, and a healthy dose of country dressing, such as acoustic guitar, steel guitar, fiddle and even banjo.

The modern Nashville Sound is actually more about the songwriting, arrangement and production than the recording techniques. The biggest engineers of the genre are using modern pop and rock recording techniques to capture songs that are rooted in country music tradition.

The key to creating crossover success is somewhere in the middle.

If you have any questions about how to get pop-country sounds in your own studio, our team of Audio Consultants is here to help! Shoot us an email or contact us by phone at 888.653.1184.