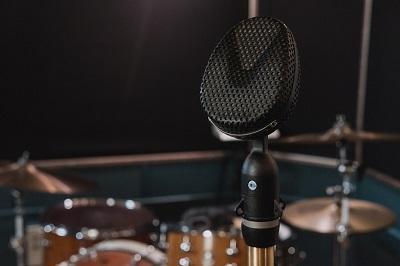 If you've spent any amount of time in a recording studio, whether as a player, engineer or producer, there's no doubt you've seen the signature waffle iron/cloven hoof shape of the Coles 4038. Whether its a pair hanging over drums, a single mic placed in front of a guitar cab or brass instrument, the Coles 4038 has become a studio staple since it first debuted in 1952.

The history of the Coles 4038 goes back even further to 1934 when the BBC-Marconi Type A became the first pressure-gradient ribbon microphone produced in Great Britain. From the Type A came a plethora of different microphones, but the bulky size of some of the resulting gear proved to be not so subtle when the BBC started producing television content. This directly led to the creation of a smaller microphone, the 4038.

With the new generation of British rockers taking over the BBC airwaves in the mid-1960s, it was only a matter of time before the 4038 would be used on landmark recordings. Glyn Johns would become a staunch proponent of the microphone, using it to get the signature drum sound on records by The Who and Led Zeppelin,

Obviously, the history of the Coles 4038 itself is enough to deem it a classic, but what is it about the way this microphone captures sound that keeps us transfixed? The answer is simple. The Coles 4038 is known for having a fat, wide bottom end and a smooth wide frequency response that handles high-end transients without harshness.

If you have any questions about the Coles 4038 or would like to buy a single microphone or a stereo pair, please contact us via email or by phone at 888.653.1184.
Products in this Article
Categories: News and Events
Posted By: Eric Allen