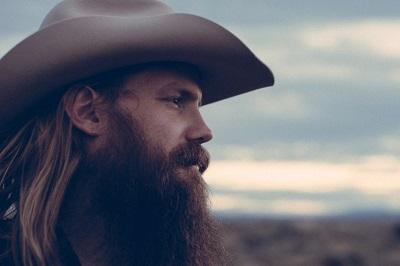 Country music has seen a lot of changes over the years. From the ethereal sounds of Hank to the soft countrypolitan style of Patsy and the raucous rhythms of Merle and Buck to the dulcet sounds of Dolly. Heck, country musicians even became pop superstars, thanks to Shania, Garth and Taylor.

But in the midst of these hyper-produced sugar-coated country-pop mega-hits, some modern country artists are revitalizing the roots of the genre. Artists like Sturgill Simpson and Chris Stapleton have become known for their honest, authentic recordings that find more in common with John Prine and less with Florida Georgia Line.

Whether it’s a vocal, an acoustic guitar or a pedal steel, these records make you feel like you’re in the recording studio with the artists. What’s the secret to capturing natural, organic, honest recordings like Sturgill Simpson and Chris Stapleton? Mostly raw talent, but for the rest of us, there’s always good gear and proper mic placement! Continue reading below to learn more about the techniques used to record some of the biggest traditional country records of the last decade.

On “Whiskey and You” from Chris Stapleton’s Traveller record, recording engineer Vance Powell used a Neumann U47, but according to him Chris sang too dynamically on "Either Way” and needed more mics to capture everything:

“I used a Coles 4038 and a Neumann u47 for Chris’s vocals, and a stereo acoustic guitar setup with an RCA 77 near the bridge and a Gefell 582 near the neck at 90° to each other. The Coles and the U47 are locked together and the acoustic mics are directly underneath them making a close equilateral triangle."

Dave Cobb used a slightly different approach when producing some of the other songs on Stapleton’s Traveller record. The vocals were cut live with the band using a U47 through a Neve 1073 and an Esoteric Audio Research 660 compressor.

For two tracks on the album, Stapleton actually performed on the front lawn of The Castle Studio, which explains the sound of crickets and passing cars on “Might As Well Get Stoned."

Sturgill Simpson
Although Simpson has worked with both Dave Cobb and Vance Powell on previous records, he decided to venture into new territory and self-produced his latest record, A Sailor’s Guide to Earth, in David Ferguson’s The Butcher Shoppe.

In an interview with Mix Magazine, Ferguson disclosed some of his secrets for capturing Simpson’s vintage vibes.

“These are almost all live vocals; a big part of the drum sound is because it’s a live vocal and he’s sitting close to the drums. And he didn’t wear any headphones to cut. We had a little monitor speaker setup for him.”

Ferguson used the beyerdynamic M 160 for Simpson’s vocals because they "take a lot of sound pressure and they don’t leak very much. You get any mic in a room with a bunch of drums, bass amps, and all that shit going on, and it helps to have a mic that doesn’t leak very much but has a warm, smooth sound.”

Ferguson followed the M 160 with a Universal Audio 6176 preamp (used by Johnny Cash himself) and a Fairchild 660. Acoustic guitars were captured with an AKG 451 and a UA 2-610 preamp.

According to Ferguson, the electric guitar had a more elaborate setup. “We had a couple of amps hooked up at the same time. One was a Swart Atomic Space Tone, and the other was a Magnatone M10A. On particular mixes, we’d favor one or the other. But what I like to do, if the guitarist doesn’t mind vibrato, is to set the vibrato a little bit different [on each amp], and you really get a wide stereo sound when you pan them out.”

The rest of the rhythm section used a pretty traditional approach including a Sennheiser e602 on the kick, Shure SM57s on snare top and bottom, an SM81 on the hi-hat, and Sennheiser 421s on the toms. The bass was recorded using an Avalon U5 into an LA-2A.

Vance Powell
Grammy-winning producer and engineer Vance Powell worked with both Simpson and Stapleton, and in an interview with Universal Audio, he discussed some of his techniques for capturing raw, organic drums.

“For a solid two-headed kick drum sound, I’ll often take a Shure Beta 52 and a Neumann U47 FET, place them side-by-side, maybe 2' back from the head so you get a little of the room and other stuff in them. I combine the two mics together onto a single track. No hole in the outer head, and no pillow in the kick drum, just tuned super-open, with lots of ringing, rattling artifacts.”

"For the snare drum, I usually just use a pair of Shure SM57s—one on the top and one on the bottom. [Sometimes] the bottom mic is an old Shure Unidyne 565. I like it because it doesn’t have as much gain as an SM57, which means I don’t have to put a pad on it. The top mic is at more or less a 45-degree angle to the snare top, but the bottom mic is pointed straight up toward the middle of the bottom of the snare, which gives me more of the low frequency of the bottom snare pushing down. And of course, it rattles like crazy. I love that.”

"Usually, the rack tom mics are pointed at the center of the toms, and the floor tom actually gets two microphones on it: a top and a bottom. I use a Sennheiser 421 on the top and a Granelli Audio Labs G5790. It’s a SM57 that is modified at a 90-degree angle under the floor tom, about an inch below the bottom of the drum, pointing straight up.”

Powell also takes a unique approach to room mics, utilizing four SM58s randomly placed around the live room and summed to two channels on his tape machine, as well as an AEA R88 roughly 8' in front of the drums, approximately at head height. The AEA R88 houses two large ribbon mics in an X/Y Blumlein pattern, which provides a unique stereo signal.

When it comes to guitars, Powell's approach is tried and true and you can’t argue with his results.

"I point the SM57 directly at the part of the speaker that’s about two-thirds of the way from the cone to the surround, and then I place the U67, or whatever my second mic is, right under that, in a sort of upside-down “L” configuration, but both are in basically the same space. I work to find the sweet spot, and get the very best sound from each of these mics that I can in mono. When I pan them on the board, they’re harmonically different enough in character that I get a kind of faux stereo picture, an image shift, and I also get a lot of width out of doing that.”

Now that you’ve got the gear and the mic placement down, all that’s left is to find some under-appreciated talent and record a raw, emotional performance that tells a story and makes you feel some kind of way. Giddy-up cowboy!