The Basics Of Mixing Vocal Tracks 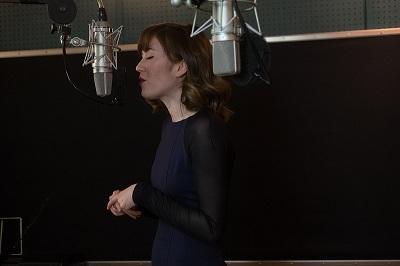 Some people think the keys to a killer vocal sound are kept in high-end studios, surrounded by vintage gear. While many great records got cut that way, that’s not exactly how it works anymore.

You can achieve a great vocal sound on a laptop, as long as you understand how all the moving parts work together. There’s no big secret. It’s just EQ, dynamics, and effects. Oh, and a killer performance of course.

Most engineers chose to start by removing unwanted frequencies in the vocal recording, which is called Subtractive EQ. Additive EQ is when you boost certain frequencies.

Subtractive EQ is typically used to roll-off the subs, cut any muddiness in the low-mids, and notch out any nasty frequencies in the upper-midrange. When using subtractive EQ on a vocal, it’s usually best to use a high (or narrow) Q. This allows you to isolate problem areas without affecting the good parts.

But, if you’re looking to add some analog vibe and character to your vocal recordings, you may pick up one of these hardware units or plug-in emulations.

SSL E Series EQ Module
One of the most popular options for EQing vocals is the SSL E Series EQ module. Many engineers prefer the silky high-end of these units on vocals. Using the high shelf to boost 8-10kHz adds the perfect amount of sparkle without any unwanted harshness.

The semi-parametric midrange bands are great for carving out muddiness in the low-mids, and boxiness in the midrange. In a pinch, you can convert the high band to a bell and use it cut sibilance from a particularly brittle recording.

Neve EQs
Neve has made so many popular EQs over the years it’s difficult to choose one. The 88, the 1081, even the EQ on the 1073 preamp is great. Most start by rolling off the low end around 160Hz, making a small cut between 250-400Hz, making a small boost for clarity around 3kHz, and cranking the top shelf for added air.

Maag EQ4
The Maag EQ4 is the go-to vocal EQ for many engineers. What’s interesting is that most of the bands have a fixed frequency and cue — all you can adjust is the gain. Most engineers start by rolling off lows with the sub band, and cutting at 160Hz to reduce resonance. The 650Hz band adds a surprising amount of clarity to vocals, while 2.5kHz controls the bite.

The biggest reason engineers reach for the EQ4 is the “air” band, which is extendable up to 40kHz! Pick your frequency and crank the knob to add shimmer, shine and sparkle to a vocal without any extra harshness.

Compression
After getting your vocal EQ’d, it’s time to apply some compression. Compression can be a difficult skill to master. Most compressors have their own unique sound and excel at one job. Here are some of the most common compressors and how to use them when mixing vocals.

The 1176 is a peak limiter. It’s designed to suppress the loudest parts of your vocal. While it’s fun to constantly apply 6dB+ of compression to a vocal, it’s generally best do that in parallel. The typical sound of the 1176 is 4:1 ratio, mid-slow attack, mid-fast release. It’s called the Dr. Pepper setting.

*Author’s Note: Bruce Swedien did 91 mixes of "Billie Jean," and Quincy ended up going with the 2nd one. There are not 92 versions of the 1176, but it’s close. Probably.

Teletronix LA-2A
The LA-2A is another classic vocal compressor, but this one isn’t as rowdy as the 1176. It is an optical compressor, which means the attack and release times are much slower. You’ll also notice that there are no ratio controls on the LA-2A, just input gain and peak reduction (threshold).

This compressor is great for subtle, sustained compression to help keep a vocal sitting on top of the mix. Most engineers use it to consistently apply between 3 and 6dB of compression.

SSL Console Compression
The SSL 4000 series consoles are renown for the channel strips. Not only is the EQ great, but the VCA compressors were amazing. They’re super-fast and punchy, which makes them great for keeping a vocal “in-your-face."

Not only were the channel strip compressors fast and punchy, the SSL bus compressor is the quintessential “glue” compressor. Great for vocal busses, and especially on the mix bus. SSL compressor models are available from Slate, Universal Audio, and Waves, as well as in hardware form.

Reverb & Delay
Effects like reverb and delay are the icing on the cake. They help put the vocal in a realistic space and make it sound natural to the listener. They also help make it sound like it the vocalist was in a stadium instead of a closet.

The first step of finding the right space for the vocal in the mix. Here are some of the most common reverb types used for vocals.

Room
Room reverbs are great for vocals because pretty much every time we hear someone talking… it’s in a room. Room reverbs can simulate many different natural spaces for a vocal. They usually have a very short decay time that doesn’t take up too much space in the mix.

Plate
Plates are commonly used to give vocals a long reverb tail. They have a bright, shimmery, metallic sound that can help cut through the mix. They typically have moderately long decay times.

Hall
Hall reverbs sound like concert halls, so they’re great for recreating a live experience. They tend to sound big like a plate but realistic like a room. Great for slower tempo tracks.

There are so many great reverb units available on the market today, we would run out of space before we listed them all. Currently, FabFilter make some very popular modern reverb plug-ins while Universal Audio make some excellent vintage emulations as well. In terms of hardware, Bricasti Design, Demeter, TC Electronic, Eventide and Lexicon all make great reverbs.

If you’re not getting the depth or width you want from reverb, delay can usually add some extra dimension.

Slapback
A very short delay is a slapback delay, and it's what you hear at a concert when the music reflects off of the back wall. Or when you sing in the shower and your voice bounces off the tiles. It has a vintage vibe to it, and was often used in the 50s and 60s.

Chorus
An even shorter delay is referred to as chorus. Chorus effects help beef up a sparse vocal arrangement by making it sound like more than one person is sang. It doesn’t work for every tracks, but sometimes it’s just what you need.

Tempo-Synched Delay
Timing a delay to the tempo of the track is a great way to make it blend in and add depth without taking up too much space. Many engineers choose 16th note, 8th note, or even 1/4 note delays depending on the amount of depth the song calls for.

That’s it. Like I said, there’s no big secret. It’s just knowing how to use EQ, dynamics, and effects. Oh, and it doesn’t hurt to have Beyonce in the booth either.