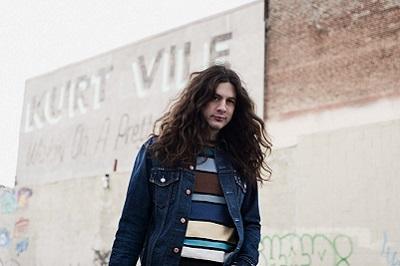 A while back on the blog, we covered how to get huge, breathy, colorful, rich vocal sounds like Damien Rice, Ray Lamontagne and Beck. It inspired more than a few people to send in questions to Vintage King and we're super excited to start doing more blogs where we break down how to get the sounds of your favorite artists.

For the next blog in this how-to series, we're taking a look at the sound of the current class of indie rockers who are riding high on the charts. A question submitted by Carlos R. asks, “How do you get that warm, spacey, washed-out vocal tone you hear from artists like Kurt Vile, Courtney Barnett, The War on Drugs and Bon Iver?"

Well, it all starts at the source.

Mic Selection
It can be difficult to capture such a large sound on a small budget. Vocals for Kurt Vile’s latest album, B’lieve I’m Goin Down, were recorded with a few different mics. For some tracks, Rob Laakso (of the Violators) used his vintage brass-capsule AKG C414 EB.

These vintage EB models have a notably different tone from modern C414 due to the brass ring around the capsule. In 1976, AKG inexplicably changed to a teflon-based capsule, and even though the sound changed drastically, the model number stayed the same.

Part of the charm of AKG C 414 EB came from the CK12 capsule, which it actually borrows from its predecessor, the AKG C12. Alternately, the Telefunken ELAM 250/251 uses the same capsule as well, but offers a slightly different sound.

While it would be great to track with vintage tube mics like those listed above, most of us are looking for something a little more budget-conscious. Both the Slate VMS and Townsend Labs Sphere systems offer emulations of vintage AKG C12s, but Avantone has a tube-based, brass-capsule C12 clone called the Avantone CV-12 that’s also a great alternative.

After Laakso’s AKG C414 EB died during a recording session, Vile and crew switched to a Sennheiser MD 441-U for lead vocals. The 441-U is listed as a "dynamic super-cardioid microphone offering the sound quality of a condenser mic,” which gives it a similar brightness to the C 414 EB.

The War On Drugs recorded their most recent album, A Deeper Understanding, with a variety of vocal mics as well. In an interview with Paul Tingen for Audio Technology, engineer Shawn Everett said he preferred the sound of his vintage Sony C-37A.

The Sony C-37A is a tube condenser mic from the late 1950s known for its dark, rich tone. It features frequency dips around 1kHz and 7kHz, which are great for taming harsh vocals. It has been famously used by artists like Bob Dylan, Frank Sinatra and Justin Vernon of Bon Iver. The C-37A uses a somewhat rare 6AU6 tube, which can also be found in the Sony C800.

Unfortunately, those old Sony mics tend to be pretty pricey. Thankfully, the Slate VMS and Townsend Labs Sphere systems offer emulations of both models. If you’ve got a little more room in the budget, the Manley Reference Silver Mic is modeled after the Sony C-37A.

Everett also used vintage Neumann M49 and U67 tube condenser microphones, and a vintage Shure SM7, all of which are available as digital emulations as well. However, you can also find modern recreations of these mics below:

Production Techniques
Another common thread between these recordings is the vocal performance. Each of these tracks feels refreshingly human. There are subtle variations in pitch and timing. They’re not perfect, but that somehow makes them perfect.

Iso booths tend to take the life out of a recording, so these tracks were all recorded in the live room with the band. That means minimal comping and editing, and no pitch-correction. You’ve got to embrace the bleed and let the natural beauty of the vocal performance shine.

By performing live in the same room as the band, the vocalist often feels more connected to the music. It’s more important to capture an emotionally resonant performance, rather than a technically impressive one.

Signal Processing
While much of the warmth from these vocal recordings comes from the microphones they used, part of the charm also came from the outboard gear. These records all have that distinctly warm, analog sound of the 1970s, which comes from using the classic combo of a Neve 1073 preamp and Universal Audio 1176 compressor.

For models of the 1073, check out the Neve 1073LB, Rupert Neve Designs Portico 511, Kush Audio Omega 500 and Vintech 573. To achieve the 1176 sound, you can start with the reissue of the Universal Audio 1176, Retro Instruments Doublewide, WesAudio Beta76 and Purple Audio MC77.

Alternatively, the UK Sound 1173 features the best of both worlds and models both units in a single rack space. If you prefer the digital route, the 1073 and 1176 units have been emulated by dozens of companies.

Special Effects
So far we’ve covered how to capture a warm, natural sounding vocal, but in order to make it spacey and washed out, we’re going to need some special effects.

Start with a tap tempo delay. Don’t be afraid to use what you have. Everett used an Electro-Harmonix Memory Man guitar pedal when tracking vocals for TWOD. He also said he preferred the sound of older gear like the Lexicon Prime Time because it "degenerates the sound in that weird, old, digital lo-fi way.”

Next, add generous amounts of a long-tailed reverb. Plate and hall reverbs are both great choices. It’s also not uncommon to send the delay effects to the reverb as well. This helps wash them out a bit and blend them into the same space as the rest of the band.

Get Personal
Even though these records were made with high-end equipment, they weren’t all recorded in top-notch facilities. Don’t be afraid to put up a microphone in your living room. Comfortable artists make intimate recordings.

Plus, there’s no plug-in on Earth that emulates the sound of your room. It’s entirely unique to your recordings, which can help separate you from the preset-users of the world.

So, just in case you don’t have a vintage tube mic and a world-class studio at your disposal, there is no need to panic! You can get a warm, spacey, washed-out vocal tone with a dynamic mic and a guitar pedal in your living room too. What’s important is that you capture something intimate and personal that people can relate to.

Have a question about achieving the sounds of your favorite artist? Please feel free to contact our team of Audio Consultants via email or by phone at 888.653.1184. We may even use your question in an upcoming blog!