The Road To Vinyl Rolls Onto Mixing In Part Two 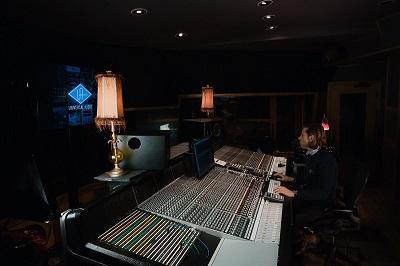 If you're just joining us, the Road To Vinyl is a three-part series in partnership with Universal Audio where we are following the recording, mixing and mastering process of the War on Peace's "Hold Your Hand To The Fire." In the first installment, world-class producer and engineer Marc Daniel Nelson (Jason Mraz/Colbie Caillat) tracked the band exclusively using Universal Audio hardware and plug-ins.

The second video in the Road To Vinyl series is now live and finds Mark working on the mix in the hallowed halls of the Chicago Recording Company. Throughout the mixing session, Mark will once again only be using Universal Audio plug-ins. Follow along to see the mixing process in action and see what plug-ins Mark uses on synths, drums, guitars and vocals.

Watch Part One And Two Of The Road To Vinyl Here