All Wired Up: Studio Installs With SkinnyFish Audio 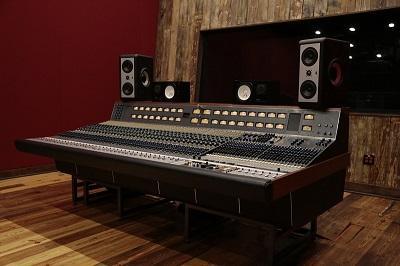 When Vintage King began plotting our Nashville brick and mortar location, we knew we wanted an expertly wired studio-like facility for customers to check out our selection of gear. Enter Mike Rhodes of SkinnyFish Audio.

While Rhodes originally set out to become a staff engineer at Ocean Way Studios, he fell into working with the facility's Chief Technical Engineer Sal Greco. Under Greco's leadership, Rhodes helped plot out and build the famous studio, which would become the first of many outstanding rooms on his resume.

In the time since, Rhodes has collaborated with Vintage King on more incredible installs and wiring projects including our Nashville showroom, The Parlor New Orleans, Haxton Road Studios and Tuff Gong International. We recently chatted with Rhodes to learn more about his work process, the studios he's helped build and the impact that wiring a room correctly can have on your workflow.

You’re known for your incredibly high standards. We're talking military spec style. Did you get that from working with Sal Greco?

Yeah, Sal was a really tough person to work for [Laughs]. He was extremely particular, which was actually great. I learned early on that it's a lot easier to do it the right way and have it be perfect, even if it takes a little extra time, than to go back and fix things later that weren’t done properly.

After working with Sal, I went to work with Precision Wiring, the other company that was contracted to do Ocean Way originally. Then I went out on my own and ended up being the main person over Blackbird's wiring standards. John McBride hired me over there, and basically said, “For the next three years, you’re not doing anything else.”

At SkinnyFish, you work very hard to use the exact wire specified by console manufacturers. How does your wiring method affect the console's sound and output?
Several ways. Using the best parts and the best materials absolutely helps. For instance, if you’re using D-sub patch bays there's a lot more chance for clicks and pops and things like that.

We solder everything, even down to ELCO pins that are crimped. We use the highest grade solder available. Everything we can do to make it sound better and remove clicks and pops and ground hum, we do it.

Even on Mogami wire, we don’t just use the drain wire, we use all the braided shield as well, and that’s all strung together, which gives it a heavier ground. Things like that.

In addition to consoles, you handle patch bay installations. How can a patch bay help improve a studio?
If someone wants to do anything out of the box, a patch bay keeps them from having to go behind the gear and patch it to other gear. For instance, if you wanted to cascade compressors or delays or anything like that, it’s much easier with a patch bay. It makes everything much more flexible. It gives the person working in the space a lot more options to what they can do without having to tear apart the whole studio to physically re-patch everything, and it does it without all of the signal delays you get by having to do hardware patches on everything. Because of analog, you don’t have the delay that you would have if you went in and out of converters to do the same inserts — you only have to go out once and you can patch it around to as many pieces as you need.

Do you have a general template that you follow when setting up patch bays?
No, just years of experience of working in top rooms to know how signal should be routed around consoles. I work with the manufacturers as well and talk to them a bunch. That's one benefit that we have is that we do so many different consoles and variations, we can stay on top of all the changes that happen with the manufacturer's gear to make sure you're getting the best use of that gear.

You also do full studio installations. What’s the biggest job you’ve ever done?
The biggest one by myself without working with anyone else was The Parlor down in New Orleans. I've also done the B Room at this huge space down in Asheville, North Carolina. Of course, we also had something to do with most of the rooms at Blackbird and Blackbird Academy.

What’s the farthest you’ve ever traveled from Skinny Fish HQ in Nashville for an install?
We're about to travel to Utah, but the farthest we’ve traveled so far is Jamaica. We worked on that project with Vintage King. They sold a console and we went down and installed it at [Bob Marley’s] Tuff Gong International.

What’s it like working with studio owners? Is it difficult to meet their needs?
No, they’re always great. If you do great work, they always have a good opinion. One of the last studios we did in Rosewood, Texas, when I left to get on the plane the owner ran around the car to give me a hug. That’s the way I want my studio owners to be. I want them to be that happy. You do good work, they're happy with it. So working with them has been fantastic

You also offer custom mic cables and adapters at SkinnyFish. In your opinion, what’s the difference between a high-quality cable, and a not-so-high-quality cable.
When you are listening to cables, you want them to be as bullet-proof as possible. We hand-solder everything and shrink on the ground. The way we do mic cables, they’ll sound the same as some other people’s mic cables until they’re used a lot. Because we shrink the inside and keep them clean inside, they don’t wear out as fast and grounds don’t get loose or short as much.

Any tips for improving cable management in the studio?
Oh, absolutely! Call us! Seriously though, keeping everything as clean as possible and keep the power away from the analog audio. I even keep digital cables away from analog. Anything unbalanced, keep it as short as possible. Guitar and speaker runs should not be over 50 feet. There are all kinds of things. Too many to mention.

That’s the whole thing. That’s the reason somebody hires us because we know all of those things that are too many to mention. All of that stuff adds up in a big way. Something that might not be a big deal for one channel, when you multiply it across the whole studio it becomes a huge amount of noise.

The other reason you’d hire us is for a soldered patch bay instead of D-sub, or all the intricate grounding stuff we can do that most people can't. We have a lot more options available on what we can do doing solder bays from the start instead of having to rely on dip switches.

Whether you're considering a console purchase, a new patch bay set-up or outfitting an entire studio, SkinnyFish Audio and Vintage King can help you achieve your audio dreams. For a free consultation, please contact one of our Audio Consultants via email or by phone at 888.653.1184.