How To Prevent Ear Fatigue During The Mixing Process 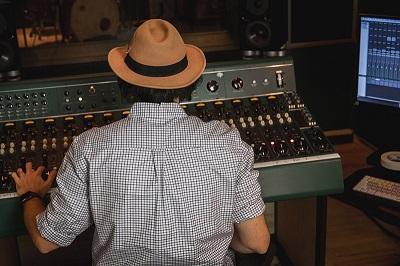 Mixing is a process of diminishing returns. You make a lot of improvements very quickly, but you make fewer improvements the longer you mix. Eventually, you actually start doing more harm than good.

A lot of this is due to ear fatigue. Ear fatigue kind of makes everything sounds the same after awhile. It’s typically caused by extended exposure to loud sounds. Like, oh say… A recording studio. Symptoms include "tiredness, discomfort, pain, and loss of sensitivity."

So, how do you prevent ear fatigue?

“If it’s too loud, you’re too old!” Yeah, or you’re an audio engineer who makes a living working with your ears. You’ve got to protect your money makers! Whenever possible, try to keep the volume down. When you do have to work with loud sounds (drum kits, guitar amps, etc), be sure to wear earplugs!

How loud is too loud? One way to determine loudness is by measuring the air pressure coming from the sound source. This measurement is called dB SPL, or Sound Pressure Level. Here are some important numbers on the SPL scale:

Most engineers choose to monitor at a level of 65dB SPL. According to the equal loudness contour, sounds at 30Hz must be at least 65dB SPL before the human ear can detect them.

Essentially, you want to monitor just above conversational level. Chris Lord-Alge has said he’s thrown assistants out of his studio for typing too loudly while he’s trying to mix. Many engineers believe that if a mix sounds good when it’s quiet, it'll sound great when it’s loud.

Take Breaks
It’s in your best interest to mix as quickly as possible, but it’s not uncommon for audio engineers to put in 10, 12, 14, or even 16 hours a day. We do it because we love it, not because it’s easy. Plus, it beats a desk job...

Even if you’re monitoring at a reasonable level, listening to anything for an extended period of time can cause ear fatigue. It’s best to take a 10-15 minute break every hour or two to help prevent this.

Go get a snack, take a walk around the block, do anything to get some fresh air. Take your mind off of the mix and give your ears some time to recalibrate! This is a great way to gain a new perspective on something you've been mixing for a while.

Take Care of Yourself
Engineers aren’t exactly known for being pillars of physical or mental health. We eat like teenagers whose parents are out of town. We drink beer more often than water. We go to bed when most people are getting up and sleep away the sun. None of this is particularly good for our hearing. It can be extremely difficult to eat healthy, exercise, and maintain healthy sleeping patterns while working as an engineer. But, that doesn’t make it any less important! Take care of yourself!

Sorry for the rant helpful lecture, but it’s for your own good!

Treat Your Room
Untreated rooms may create standing waves, which are nasty frequencybuild-upss. Sitting in the wrong position, you may be subject to these build ups for an extended period of time. Without proper acoustic treatment, ear fatigue can happen very quickly.

You don’t have to build a new studio from scratch or anything. Just try to set up your studio to minimize unwanted reflections. Invest in some simple absorption panels, bass traps, and diffusers before anything else.

Invest in Quality Monitors
Finding the right monitors for you and your room is an essential part of stopping ear fatigue. Many engineers strive to mix on neutral monitors that color the sound as little as possible. At the bare minimum, make sure your monitors aren’t too harsh in the midrange. Those frequencies tend to cause ear fatigue the fastest.

Another important factor for mixing is to use several different kinds of monitors. While this won’t inherently prevent ear fatigue, it will prevent tunnel vision. It doesn’t matter what you’re listening to — if you play it on loop for long enough, eventually you’ll think it sounds good. The only way to be sure is to re-balance your ears by referencing on another system.

It doesn’t have to be fancy. Some engineers chose to reference on a small mono monitor, old-school boom boxes or even their phones. The idea is to see how a mix translates to other systems.

Another option is to reference your mix in a different space. Stand behind the monitors. Walk outside of the control room and see what it sounds like in the hallway. Bring your laptop out to your car and test your mix there!

Use Reference Mixes
If you do end up with tunnel vision, using reference mixes is a great way to pull yourself out. Do not mistake this tip as “You should try to sound just like another engineer!”

The idea here is to reference your mix against other mixes you find inspiring. A simple A/B comparison can tell you if your kick is too loud, your bass is too bassy or your vocals are buried.

Know When To Fold ‘Em
Look, we’ve all been there. It’s been a long day and everything starts to sound like mush. You’re cranking the high-end, but you’re not hearing a difference. You’re having trouble telling the difference between A and B. It’s OK, it happens to everyone. Just pack it up, get some sleep and come back to it tomorrow with fresh ears!

These have been some simple tips that will hopefully help you avoid hurting your ears and keep your mixes sounding fresh. Happy mixing!