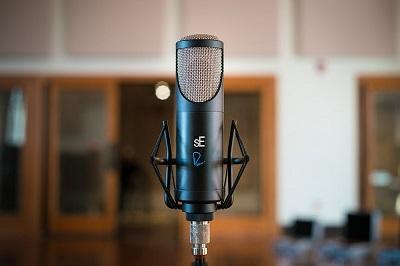 sE Electronics and Rupert Neve Designs have announced the RNT, a new tube microphone that is said to have "the pristine, musical sonic character and uncompromising performance of the world's most prized recording equipment." This isn't the first time the two brands have collaborated, as their joint efforts have also led to the creation of the RNR1 Active Ribbon and RN17 Small-Diaphragm Condenser.

The floor box that comes with the RNT plays an essential role in using the microphone as it includes the polar pattern switch, filter and gain switching. The box's design also includes another custom-made Rupert Neve transformer, in addition to the same amplifiers found in the RND 5088 console. The result? More headroom and ultra-wide bandwidth.

To pre-order the RNT microphone, head over to our product page or contact one of our Audio Consultants via email or by phone at 888.653.1184.