What Is Waves SoundGrid And Why Do Studios Need It? 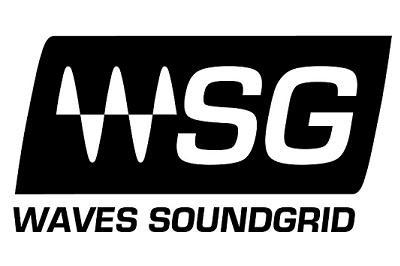 When talking to colleagues in the studio world and comparing how we move audio from one room to another, the terminology that often comes up includes Dante, Sound Connect and AVB. However, if you talk to a live sound engineer, you’re more than likely to hear them mention the term SoundGrid.

By using SoundGrid technology from Waves, live sound engineers are able to network audio from one console to another and take advantage of plug-in processing DSP at the same time. If this is the case, why is it that predominantly live sound engineers are the only ones taking advantage of SoundGrid? If it works so well, why aren’t more studios utilizing it as being a network audio protocol?

To answer some of our own questions, we thought we’d connect with the staff at Waves and learn more about this burgeoning audio sharing technology. Read on to learn more about the benefits of SoundGrid and discover all that it is capable of bringing to your studio.

In short, SoundGrid is a network protocol developed by Waves Audio for transferring audio between devices on a 1 Gbit ethernet network. When developing Soundgrid, Waves had a few goals that they wanted to accomplish.

The Building Blocks of SoundGrid
Getting your studio ready for implementing Waves SoundGrid is a lot easier than you may think. There are only a few pieces that you need to complete the puzzle and be on your way to sharing audio at a lightning fast speed. At the core of any SoundGrid audio network, you will need a SoundGrid DSP Server (Impact Server, SGS1 Server or the Extreme Server), a SoundGrid Approved Switch, an I/O and a host computer with the free Waves SoundGrid software driver on it.

Let’s talk about the SoundGrid DSP Servers first. This is a computer that you plug power and an ethernet cables into and connect it to your Gb Switch. Its sole purpose is to process audio signal and send it back to you at extreme low latency. “The only configuring you should ever come across is maybe a firmware update, and even those are sent through to your driver on your computer and you’re told when you need to update, again for free,” states Adams.

Interfaces
When it comes to your I/O, there are several different options. The first interface option created for SoundGrid was by a company called DiGiGrid (made up of Waves and DiGiCo), which launched early in 2012. While DiGiCo commands huge respect in the live setting, many early adopters of SoundGrid in the studio have fallen for their impressive mic pres. The mic pres used in the DiGiGrid IOX, DiGiGrid IOS and DiGiGrid IOC are the same mic pres used in their flagship console, the DiGiCo SD7.

These days though it’s not just DiGiGrid that makes audio interfaces for the SoundGrid network audio protocol. Apogee has announced they’re about ready to launch their Symphony MK II with available SoundGrid I/O card. Burl Audio have jumped on the bandwagon, in addition to Hear Technologies, Crest, iCon and Peavy, who have all made announcements or already have products out in the market place. The UK-based company called SoundStudio has recently released the SoundStudio STG-2412, which is a 24-in/12-out audio interface intended for live sound SoundGrid networking, but also can be used in the studio setting as well.

There are still more options for interfaces depending on your own wants and needs, DiGiGrid has another product line aimed solely at lovers of Avid's ProTools HD, HDX and ProTools I/O’s. The DiGiGrid DLS and DLI act as a bridge to ProTools I/O’s. The DLI is a single rack that acts simply as a bridge and nothing more. So if added to an HD, HDX or HD Native, the system makes the studio I/O’s visible on a Soungrid network, therefore shareable across rooms/other computers on network. The DiGiGrid DLS is a double rack and has a built in SoundGrid DSP Server. This then enables you to record at extreme low latency with all SoundGrid plugins from Waves and third party plugin manufacturers as well as making you again visible on an SG network.

“The party trick for both of these boxes is that they give you the opportunity to use your ProTools I/O’s without needing the ProTools card at all,” Adams says. “Both have digilink connectors on the back. Connect the ethernet cable from the port on the back of the DiGiGrid DLS or DLI to your computer or switch, and the digilink connectors to your ProTools IO and use those I/O’s on anything from a laptop to a surface pro with no card needed.In essence, you can now use ProTools digilink connected I/O’s with your Cubase Daw, Reason, Nuendo, etc with no investment in a ProTools card required. That is rather cool.”

Software
The free software from Waves involved in setting up your system is called the SoundGrid Driver. Once installed, and once you’ve connected the I/O’s ethernet cables and the DSP server to the same switch, the software driver will go find the correct ports and auto patch your hardware for you. You can then, of course, customize it, but setting it up is just that easy.

The Strengths of SoundGrid
The strengths of using SoundGrid Network Audio Protocol in the studio are obvious, as you are able to collaborate between studio computers in different rooms in a simple fashion. You can move audio around the same as if you were on the same computer with the simplest drag and drop patch bay I think I’ve seen in recent times. Adding plug-in processing and monitoring to that at less than a millisecond means that now everyone can have an HD experience without the budget of investing in an Avid system, but also having the ability to add this technology to your existing Avid system.

With easy to set up interfaces and a driver install, great sounding mic pres and the flexible SoundGrid driver software, you have some great options for patching, tracking and mixing. As a DSP solution to use with a native DAW or your Avid HD software, this is a strong platform with years of testing in the live world built into it that also has found a home in the studio.

If you’re interested in learning more about Waves SoundGrid, please contact one of our Vintage King Audio Consultants by email or phone at 888.653.1184.