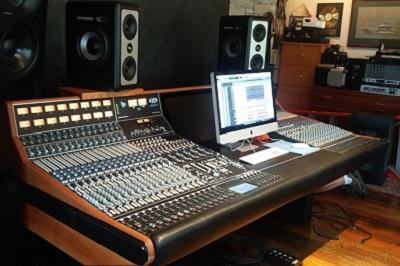 Popular producer Michael Marquart is well-known for his project, A Bad Think, and his tenure drumming for the band, A Flock of Seagulls. When he recently began looking for a console for his private studio on the East Coast, he worked with Vintage King Audio Consultant Jeff Leibovich to find a desk that was the right fit.

“I was originally looking for a Neve 8014. I have one in my Malibu studio and asked Vintage King to find me another one," Marquart explains. "Jeff Leibovich suggested the API Legacy AXS console."

As a former 1608 owner, Marquart was extremely familiar with the sound and workflow of API desks. The API Legacy AXS console keeps with the all-analog signal path of the original Legacy Series, while adding new improvements like a built-in 2500C Stereo Bus Compressor, six automated stereo echo returns, 5.1 surround monitoring and the ability to use API 500 Series EQs on a per-channel basis.

"I’ve used API gear in my studios for the last 25 years or so,” Marquart says. "I’ve always been a big fan of API's mic pres and the 550A EQs. Now I get all that and a lot more in a large format desk."

Leibovich, who has an API 1608 in his own studio, believed that the API Legacy AXS console was ideal for Marquart and convinced him to take a test drive of the new desk.

"Michael took a test drive with the AXS at the API factory and purchased the console shortly after,” Leibovich says. “This was a great opportunity for him to continue with that great sound on a large format console."

If you're interested in learning more about the API Legacy AXS, our knowledgeable staff of Audio Consultants are available to talk further about the feature set of this console at any time. Please feel free to contact us via email or by phone at 888.653.1184. For Jeff Leibovich, please dial 888.653.1184 ext. 115.