First Listen: A Review Of Remic Microphones D5400 and D5400LB 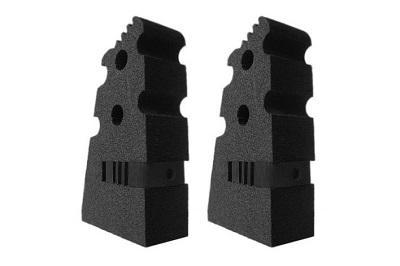 Until a few weeks ago, I was never aware of Remic Microphones (pronounced “Ree-Mike”) or their D5400 mic for upright basses. For years, I have used the standard Al Schmitt method of miking an upright bass, which is a large diaphragm condenser near the bridge and f-hole, and one on the top of the bass near the ﬁngerboard. Al uses two Neumann M149s (which is a $10,000 microphone setup), I’ve been partial to using a Neumann U 47 on the bridge position and a Neumann U 67 on the neck, but if you don’t have access to high-end microphones, any two large diaphragm condensers would do the trick. Using that method, you can achieve a lot of depth and low end from the bridge microphone, and the attack, string noise, and presence of the instrument from the ﬁngerboard microphone.

My buddy Takashi Iio and I had a session come up and it happened to be the day these Remic Microphones had come across my desk for a demo. Takashi is one of the ﬁnest bass players I’ve ever seen, his playing ranges from jazz to rock and everything in between. He is the top of the A-list musicians here in Detroit, ﬁrst call for every gig and studio session, and plays on over 250 studio recordings each year. When you get to that level of playing, you become very particular about your tone, which I believe we had completely dialed in, that was until the Remic was put to the test.

Takashi being opened minded to trying new tones, allowed me to use the Remic for the upcoming session. Both of us were curious to see how a small piece of foam with a tiny little microphone inside would sound on such a detailed instrument. We installed the 5400 series microphone (which is the “studio” version with an omnidirectional polar pattern), between the neck and the body of the upright bass, which is just one of the many ways to install the microphone (different miking positions will result in a different response between the microphone and upright bass).

It was very easy to install, the foam microphone casing has grooves that mount to the ﬁngerboard, and an angled backside that matches the curvature of the instrument, and gently rests against the body. A high-quality cable is attached through the foam casing, and has a cotton woven outer jacket to suppress any mechanical noise between the cable and the body of the instrument. We then ran the cable up around the ﬁngerboard and down the backside, which made it look as if the microphone was not even there.

The moment of truth was here, both of us were on the edge of our seats to see how this new microphone will hold up to our classic technique. I used a Universal Audio 6176 as my channel strip, as I typically do for the bridge position microphone, with no EQ and about 1dB of compression on the loudest notes.

From the ﬁrst line that Takashi played, we were both completely blown away by how the microphone sounded. It was capturing the entire frequency range that we used to use two high-end microphones for. The low-end was huge, the midrange had a nice thump to where you can really hear the dynamics of his playing, and the top end was just as present as if I had a microphone on the ﬁngerboard. We couldn’t believe that we were getting this tone from one microphone, and from an engineer’s standpoint, I didn’t have to worry about phase issues, or the artist moving away from the sweet spot. In both our opinions, the Remic has a much more natural sound as if you were standing in front of the instrument, even more so than the combination of two large diaphragm condensers.

After we were done with the recording session, Takashi was convinced he had to purchase one of these for himself. The recording session was a live video of him singing and playing upright bass at the same time, not something you see every day. So he posted the video online, and shortly after tried to make a purchase order for the D5400 series microphone. The owner of Remic was so impressed by Takashi’s video, he offered to endorse Takashi as a Remic artist. Now every time Takashi goes into an upright bass session, he will be using the Remic D5400 series microphone and very proud to be doing so.

Remic also offers a version of the D5400 to be used in a live setting, the D5400LB, “L” standing for Live, and “B” is the generation letter. The D5400LB has the same construction and cabling as the D5400, but is a unidirectional microphone, which has an angled ﬁgure-8 polar pattern. About 80% of the tone is captured from the soundboard “belly”, via an acoustic channel underneath the mic, the other 20% is captured from the air movement caused by the friction between bow and strings.

The microphone still picks up a good amount of the ﬁngerboard, but not as much as the standard D5400, mostly to suppress any bleed that would be coming from a drum set, electric guitars, horns, or any other instrument on a live stage. With the D5400LB, you will experience a very rich sound, and get little to no bleed from other on stage instruments or feedback from stage monitors or the PA system.

The Remic D5400 and D5400LB are priced at $699 a piece, or $1199 for the pair. It would be hard to ﬁnd a better sounding microphone in the price range. If you are an upright bass player or studio engineer, I highly recommend trying out Remic microphones for yourself.

For more information on Remic microphones, please contact your Vintage King Audio Consultant via email or phone at 888.653.1184. If you're interested in hearing a D5400 and D5400LB in action, watch our product demo video starring Takashi Iio below.