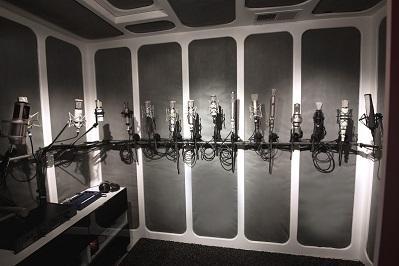 Recently at our Los Angeles showroom, The Black Whisky Union came in to solve a problem they'd been having in the studio. The Southern California-based indie rock band produce and engineer their own music, but they weren't getting the vocal results they wanted with their previous set-up of a Neumann U 87 AI and Avalon VT-737SP. The end tracks were deemed "too boxy. Highs too brittle and hard. Mid-range was muddy."

During the microphone shootout, The Black Whisky Union captured the whole process on video while the Vintage King team recorded audio via an Antelope MP8D and Antelope Orion 32+. Watch the video below to see the end results and, if you'd like to compare the raw files for yourself, they are available for download here.