Exploring Workflow: In The Box With Mark "Exit" Goodchild 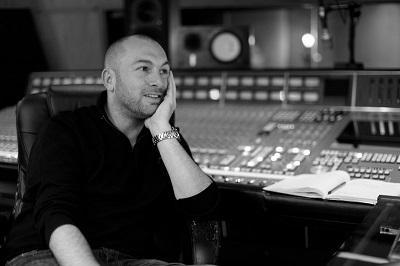 Welcome to our three-part blog series on studio workflow entitled Exploring Workflow. Follow these links for Part I with Chris Coady (TV On The Radio / Yeah Yeah Yeahs) and Part III with Mitch Easter (R.E.M. / Game Theory). Continue below to read Part II including our conversation with Mark "Exit" Goodchild.


Getting his start at DARP Studios in Atlanta, Georgia, Mark "Exit" Goodchild didn't take the easy route when it came to learning about the recording world. "I learned the hard way," Exit says. "Splicing tape, learning how to use Microlynx to sync and offset machines, flying choruses thru a song with a sampler and punching vocals on the fly."

The now multiple-time Grammy-winner has moved away from working with consoles and taken his workflow completely inside the box. To learn more about his move to digital, we recently chatted with Exit about the benefits of unplugging from analog gear and jumping all in on plug-ins and DAWs.

What was your introduction to the world of working in the box?
Although Pro Tools had been talked about and shown up a little bit at our studio in my early years, it wasn’t until around 2001 when it became a serious factor for me. It was replacing tape rapidly, and I had to master it. I had a basic education in DAWs at AIA, but really taught myself Pro Tools the way I know it now. Mostly by using Pro Tools Free on the first Powerbook Titanium and in studios on bigger rigs. I naturally type fast, so luckily I was able to turn that into speed while working in the box.

How did you develop your approach to the in the box workflow that you currently use in the studio?
Well, I had to develop based on survival as I travel to different studios everyday. I needed instant recall-ability with my clients, so I created the most basic template with the lowest latency possible for vocal recording. One input and a stereo output is usually all I ever need. Over the years as plugins improved I replaced and built it out more, but my workflow is built for speed and system efficiency. As far as mixing, my template is crazy simple as well. I don’t have preset auxiliaries for specific sounds (drums, keys, etc.), I just have a Master bus, a music bus, an “all vox” bus, and a few FX on sends. In the mix world, I take every song as it comes and build up from that template.

If you could, describe what your current set-up is like in the studio.
I do edits and print delivery files at home with my laptop, an Apollo Twin and NS-10s. My laptop, although not a major rig, is my world and works exactly as I need it to. I actually prefer working compactly. The only thing I require is a good and accurate listening environment. When I’m mixing I have labels book rooms at the bigger studios for me, then plop my laptop down right on the console. A bit of sacrilege, but I know exactly what I’m getting and if that room is not available the next week when I finally get a note about tweaks, I can do it literally anywhere as the heavy lifting has already been done.

What are the advantages/disadvantages that you feel when it comes to not using a console or other analog gear in your studio?
Advantages are Apple+O for instant recall! I used to work with Alvin Speights at DARP and we’d often spend a half a day recalling racks and racks of gear for a minor change. I swore, "Never again." Now don’t get me wrong, I love analog gear, but I insist on a strong front-end, then let the in the box approach take over after the recording (My mic chain is normally U 87 -> John Hardy M-1 -> TubeTech CL1B).

I’m searching my mind to tell you a disadvantage to working in the box, but all I can think about is understanding you don’t have to cram the master fader. People tend to do that just because. One disadvantage might be “working with your eyes.” I’ve literally had producers look at the EQ curve and want to adjust it off appearance. Not what they hear. That’s a problem. Also, it’s possible to have too many tools when working in a DAW. It can be distracting. On the opposite side, you can tend to use analog gear just because it’s in the room, not because you need it too.

What is it about this style of working that makes it beneficial for working with your clients? What makes this style of working enjoyable for you?
In the box is how a vast majority of my clients work, so they have a workflow and method. When you are also following that method, it can make communication about changes, edits, files, anything… A little easier. Also, since everyone knows they can, they will add or edit things further into the mix. So, to have precise recall-ability is necessary. I love working in the box for many reasons. I can catch mistakes or old ideas much more easily as my prefs are set to autosave every minute. I go back to find settings or files a lot with that. Also, the ability to meet clients immediate need for revisions no matter where I am. I can literally work anywhere on tweaks and edits. Once that primary mix is done in the right sonic environment, I can work from bed. Also, since I still do a high amount of vocal sessions, I can be working with an artist, and during break send off something from my laptop to another. I’m much more efficient.

What are some common misconceptions about working in the box that people might get wrong?
Sound. Engineers and producers love to wax poetic about the sound of analog. Bah humbug. The engineers, coders and insanely smart people behind the plugins are doing the modeling with an honest appreciation for sound, and in most cases beat the hardware. I especially trust the people at UA and SoundToys because they know exactly what they’re doing and are still audio nerds at heart. But for the most part, most people don’t argue about in the box not being as good anymore. If they do, they’re a dinosaur and not doing it right.

Recording and mixing spaces have come so far. Where do you see this all going in the future?
I keep saying it, and I’ll repeat it; In the future mixes will be performed… as if you’re conducting an orchestra. Think of the movie Minority Report and how they were manipulating and moving the data around on those translucent screens. I want to stand on a platform with MIDI gloves, and shape a mix with my hands like I’m painting in the air!

Continue onto Part III of our series, Exploring Workflow, to learn more about working with analog gear from musician, producer and studio owner Mitch Easter (R.E.M. / Game Theory / Ex Hex). If you missed our conversation with producer and mixing engineer Chris Coady (TV On The Radio / Yeah Yeah Yeahs), click here to read Part I.