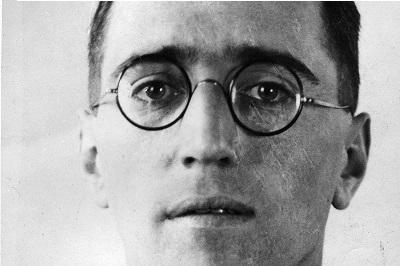 There have been many influential creators throughout the history of the recording studio, but one that always stands out is Alan Blumlein. Celebrate what would have been his 114th birthday by reading below and learning about his famous miking technique and other contributions to the world of music.

Alan Blumlein was born in Hampstead, London on June 29th, 1903 and took quickly to the world of electronics, as he fixed his father's doorbell at the age of seven. His interest flourished as he worked for a series of different companies including International Western Electric and Standard Telephones and Cables.

The great thinker and electrical engineer left STC in 1929 and moved onto the music industry where he took a job with Columbia Graphophone Company. At Columbia, and later EMI/Abbey Road Studios, Blumlein worked to perfect the creation of stereophone sound.

The Creation of Stereophonic Sound
In early 1931, Alan Blumlein began developing stereophonic sound after becoming annoyed by a film. The voices of all the actors came from the same speaker, no matter where they moved to on the screen. In all, Blumlein put in 70 patents for the technology for creating stereo sound, including a stereo disc-cutting head and a new miking technique.

The Blumlein Pair
The Blumlein Pair miking technique typically involves the use of two ribbon mics or two condenser mics. The two microphones are set to the bi-directional pickup pattern and are positioned 90° from each other. Each microphone is placed in such a way that the capsules are overlapping and occupying the same space. By using this technique at close proximity, the configuration will pick up stereo separation during the recording process.

The Stereo Disc-Cutting Head
As a part of the creation of stereo sounds, Alan Blumlein developed a new kind of cut for phonograph records that would feature two separate channels that simultaneously played at the same time. In the video below, you can see how a record player needle would fit into this new type of record groove and play the two sounds at the same time.

Changing The Direction of Speakers
Alan Blumlein also created a shuffling circuit, which would ensure that the speakers used when listening to stereo music would sound like the way the tracks were recorded.