The Microphones Behind Three Classic Albums 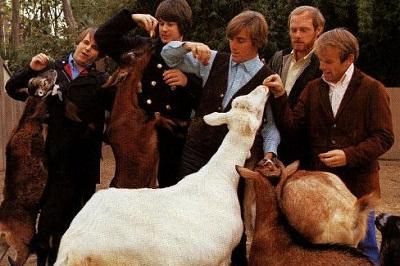 To mark these special occasions for this trio of seminal records, we dug back through recording lore to find out what microphones were being used in the studio during tracking. Continue reading to find out how some of the best engineers and producers captured these exceptional players and singers at the peak of their creative streaks.

Marvin Gaye - What's Going On (Neumann U 87)
While you could have probably recorded Marvin Gaye with just about any microphone and it would have sounded amazing, Motown engineers confided in a studio workhorse, the Neumann U 87, for What's Going On. In July 2011, engineer Ken Sands told Sound On Sound, "At that time, Mike McLean had converted both studio facilities from tube‑type microphones to solid-state mics, so for lead vocals we used the Neumann U 87, which is the solid-state version of the U 67."

The Beatles - Sgt. Pepper's Lonely Hearts Club Band (AKG C 12)
When recording Paul McCartney's bass tracks for Sgt. Pepper's Lonely Hearts Club Band, Macca, head engineer Geoff Emerick and second engineer Richard Lush would stay after hours overdubbing parts. "I started using a [AKG] C 12 on figure of 8 about eight or 10 feet away from his cabinet," Emerick told Mix in October 2002. "I would bring [it] into the middle of Number 2 studio. I'd bring it out into the open from the corner area where it was baffled off because I wanted a bit of the room sound."

Beach Boys - Pet Sounds (Neumann U 47 and Shure 545)
As detailed in the book, Wouldn't It Be Nice: Brian Wilson and the Making of the Beach Boys' Pet Sounds, there were two microphones important to the recording of vocals on the tracks that make up Wilson's masterpiece. "We had two [Neumann] U 47s, which Dennis, Carl, and Al would sing on, and a little cheap [Shure] 545 right in the middle," says engineer Chuck Britz . "When Brian was doing his solos, he'd be on that mike and it sounded so great ... Then, he'd lean over and do background vocals with the guys - the four-part harmony."