Francesco Cameli Talks The Role Of Pro Tools In His Workflow 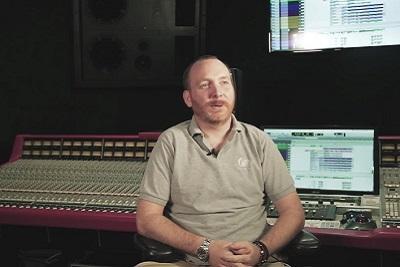 Like many engineers and producers, Francesco Cameli got his start in recording when his band first took to the studio world. As he became ingrained in the process, Cameli began to find that he would rather learn more about recording than actually playing.

The difference between Cameli and most of his peers was his willingness to create opportunities for himself when there were none present. When he was unable to find work as a studio assistant, the budding music maker invested in his own space and began learning all he could about producing and engineering.

After establishing Sphere Studios in his homeland and operating it for 14 years, Cameli began to look stateside for new opportunities. Eventually, he would move his entire operation to North Hollywood, where he would begin working with many of hard rock's elite bands including Nine Inch Nails, Flyleaf, Korn, Stone Sour and more.

In 2001, Cameli first began to take notice of the software being delveloped by Avid and saw the opportunity to get on the ground floor of a revolutionary way of creating music. "I've been using it ever since," Cameli states. "I've slowly watched it edge out, first, the digital machine, and then the tape machine until it's become a central part to our music production today."

In terms of his studio workflow, Cameli is a traditionalist. His love of analog gear is apparent, as he owns nearly two of every single important piece of gear in pro audio history. Yet, the studio veteran has split his Solid State Logic console in two and inserted a Pro Tools set-up with an Artist Mix in the middle of the desk.

Learn more about how Francesco Cameli uses gear and software from Avid by watching the third feature in our My Avid series below. To see more sonic creators in action, you can also watch the first two installments of our series, featuring Jeffrey Alan Jones and Sean Neff.