The Best Music Documentaries Of 2015 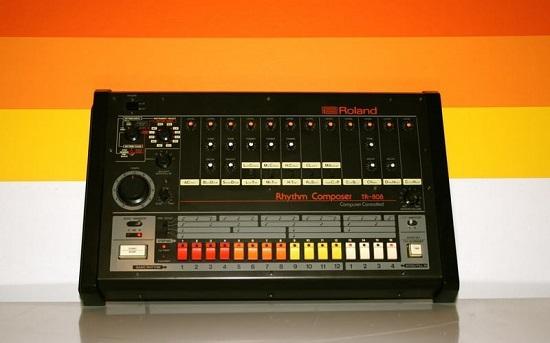 It's the holiday season and that means lots of time to lounge around and catch up on things you might have missed. Instead of Netflix and chilling your way into oblivion, why not watch something that will inspire you to create? Don't worry, we got your watching list covered.

While you might have only caught bigger music documentaries like Amy and Montage of Heck because of their wide launches and availability, 2015 was a fantastic year for new flicks about storied musicians, genres and instruments. Check out our list of the best music documentaries of 2015 below and get your queue all lined up for a relaxing holiday weekend.

What Happened, Miss Simone?
It's a fact. Nina Simone will go down in the annals of American history as one of the greatest voices to ever be committed to tape. In the Netflix Original film, What Happened, Miss Simone?, director Liz Garbuz tackles the singer's more turbulent times during the Civil Rights era, while leaveing much of the beautiful mystery behind her life intact. Told through incredible unseen footage, this is a must watch.

808
As one of the first programmable drum machines, Roland's TR-808 has had a profound impact on music through its use by Afrika Bambaataa, Jimmy Jam and Terry Lewis, Kanye West, Beastie Boys and more. In 808, a new documentary from 2015, Alexander Dunn delves into the history of the instrument and even talks with Roland's founder Ikutaro Kakehashi about why the product was discontinued.

Industrial Soundtrack For The Urban Decay
Born and bred of the experimental music of Can, Neu and Faust, free thinking 70s artists created a provocative new genre called Industrial. The film Industrial Soundtrack For The Urban Decay follows the scene's biggest protaginists, including Genesis P-Orridge, Graeme Revell and Boyd Rice, while also covering the inventive instruments used to build their sound.

20,000 Days On Earth
With a style and grace that's only capable of oozing from Nick Cave, 20,000 Days On Earth is a unique look at an artist who's still at the top of his game. By giving the same magnitude to eating pizza with his sons as to taking the stage, Ian Forsyth and Jane Pollard offer a different look at Cave than ever before.