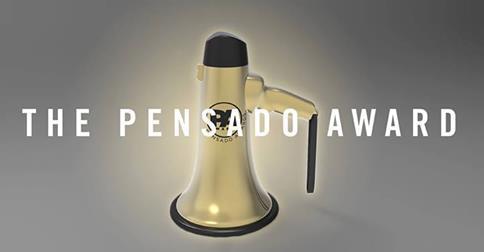 For as long as most producers and recording engineers care to remember, the praise has always been heaped on musicians. While it might be hard to make a song without a musician or band, producers and engineers have long been the lifeblood of the recording industry. That's why Pensado's Place has decided to bring the community together with a truly unique award show.

The inaugural Pensado Awards, presented by Pensado's Place and Vintage King, takes place on June 28, at The Fairmont Miramar in Santa Monica, California. With the mission of recognizing the people who make and control the sounds, the award show features a unique judging panel made up of artists, producers and engineers that will select the winners.

Flipping the traditional mold of awarding artists, Pensado's Place has come up with a wide range of categories for the ceremony that celebrate all types of industry workers. Hitting everything from music and film to television and video games, the Pensado Awards will help acknowledge people that make things sound great. Additionally there a multiple chances for amateurs to get into the mix. Two categories, AIR Award (Best Assistant, Intern or Runner) and Break Thru Mixer, will award a new generation of up and coming producers/engineers.

“We have founded these awards to acknowledge amateurs and professionals for their craft," Pensado's Place host Dave Pensado stated. “As an engineer and mixer myself, I am acutely aware that so many of the most talented people in the industry never get the recognition they deserve.”

With four hosts for the night, it's for sure that there will never be a boring a moment at the Pensado Awards. Handling the hosting duties will be none other than producers Chris Lord-Alge (Green Day, Green Day), Young Guru (Jay Z, Beyonce), Marcella Araica (Britney Spears, Madonna) and singer/songwriter Lisa Loeb.

The first annual Pensado Awards is sure to be a major success, due to the passion that Pensado and his co-host Herb Trawick have for recording music. With the hopes of crowning some new heroes and honoring some older ones, this new award show will be a great time. To purchase tickets for the Pensado Awards, head on over to their site and come join us at the Fairmont Miramar on June 28.