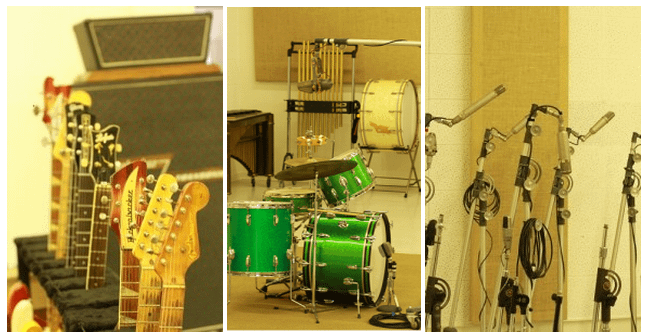 When it comes to recording studios and the gear inside of them, there is typically a feeling of magic in the air that confirms you want to record in this certain place. Whether it's the smell, the acoustics or the names that have used the equipment in the past, this otherworldly vibe always seems to be present. However, Fairfax Recordings, formerly Sound City Studios, offers a sensory overload that puts all others to shame.

Sound City's storied walls have seen and heard thousands of essential studio sessions, ranging from Neil Young's After The Gold Rush and Fleetwood Mac's Rumours to Nirvana's Nevermind and Rage Against The Machine's self-titled debut. Recently leased out by producer Kevin Augunas (Cold War Kids, The Lumineers,Edward Sharpe and the Magnetic Zeros), the studio has transformed into Fairfax Recordings.

The beauty of the revamped Fairfax facilities is that Augunas has adopted some of Sound City's collection of instruments and kept the layout of the room intact. The construction of the space and the surrounding structures are what have made Sound City a significant player in the recording industry for many years. Providing a backdrop for memorable sounds like Mick Fleetwood's drums and Tom Petty and Mike Cambell's twin guitar attack, this room has had a huge effect on shaping some killer recordings.

Vintage King founders Mike and Andrew Nehra were fortunate enough to spend some time at Fairfax with Augunas and Pensado's Place hosts, Dave Pensado and Herb Trawick. Exploring the ins and outs of the infamous studio, the VK and Pensado's Place crews discovered just what makes this room sound special. In addition, Keven Augunas' impressive collection of vintage gear was on display, much of which has been purchased from Vintage King.

Ready to find out more about Fairfax Recordings and the Sound City space? Check out these two episodes of Pensado's Place and get an in-depth look at what makes this studio so special.