The Warmth And Glow Of The Wunder Audio CM67 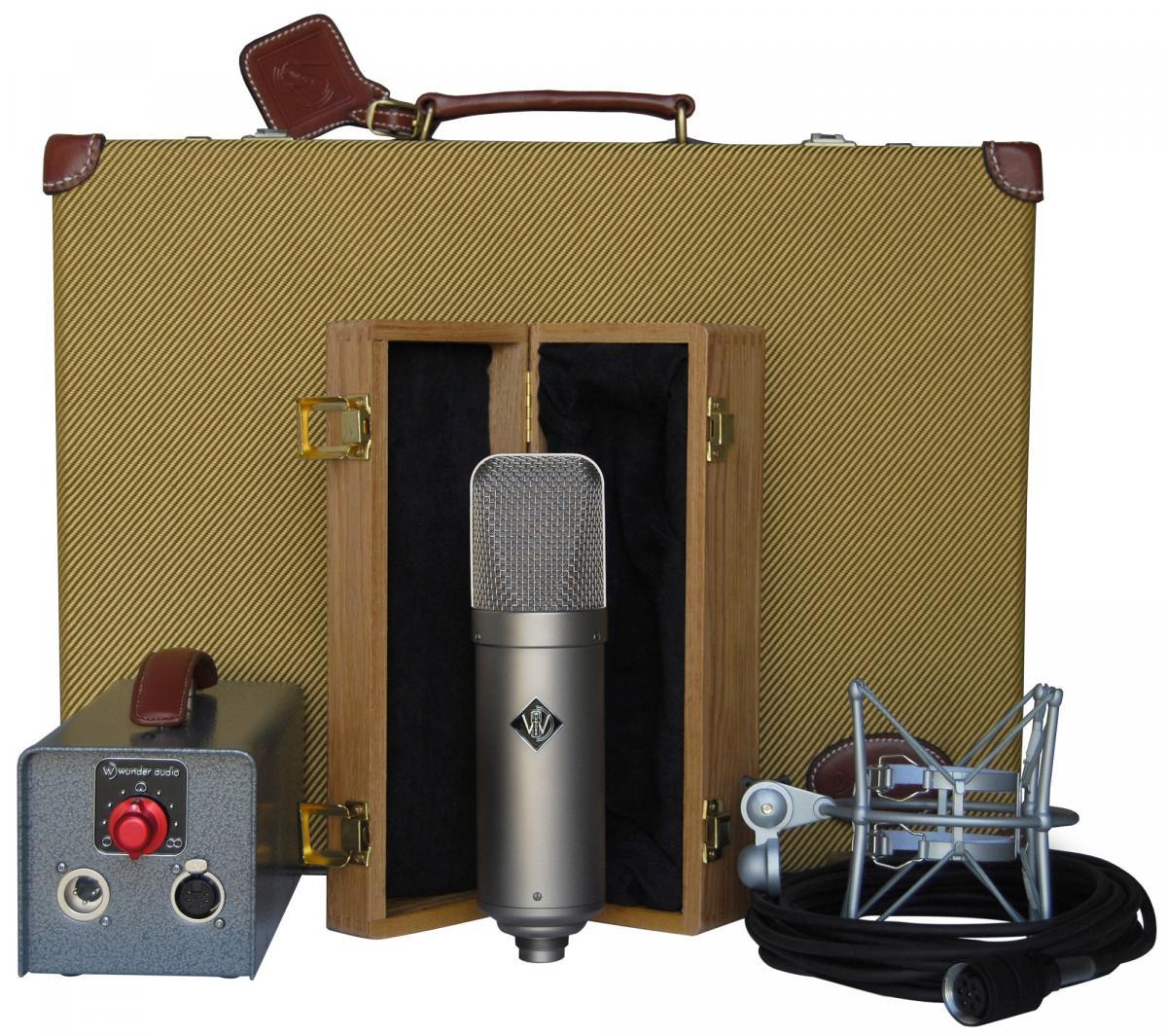 There are few microphones that have stood the test of time like the classic Neumann 67 model. Perhaps its the deceptively simple design, the vintage look or the smooth sounds it creates, but the mic has long been a favorite of producers and engineers. Keeping the idea of simplicity at the base of their design, Wunder Audio has recreated their own version of the mic with the CM67 design.

Taking a vintage favorite and reproducing something similar can often lead to a lot of headaches and complaints. Yet, in a way that only he could, Mike Castoro of Wunder Audio has perfected the art of recreating influential mics. Despite starting off as a straight ahead studio whiz, the Wunder Audio founder began creating his own brand of replica C12, U47 and U49 microphones in 2003.

The latest version of the CM67 is centered around the classic K67 Capsule and vintage EF86 tube. This essential large-diaphragm tube condenser is an easy choice for miking drum overheads, vocals and anything else that you want a smooth and warm take on. The mic is also a natural fit parked right in front of a guitar amp and works well in other close-miking situations.

Much of the studio success of the CM67 can be attributed to the flexibility of the microphone. The original 67 microphones only had three polar patterns of recording availability. However, Wunder Audio's CM67 features nine, which makes for advanced ability when working in the studio and offers options of omni, wide cardiod, cardiod, hypercardoid and figure 8.