Neumann M49: The Mic of a Generation 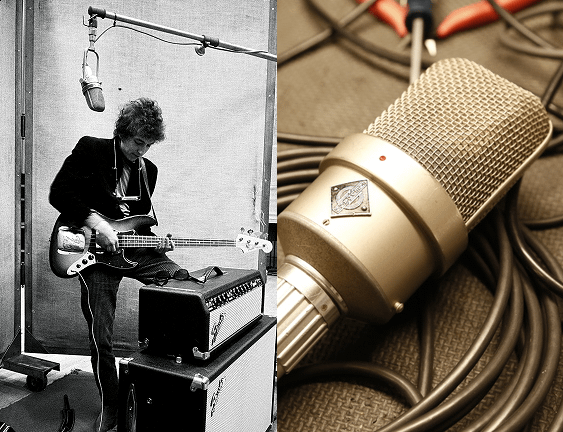 Throughout the history of music, there are iconic pieces of recording equipment that often go unparalleled by their peers. From the consoles of Rupert Neve to the early Moog synthesizers, these pieces have grown to define generations of music. In terms of microphones, the Neumann M49 has always been one of the examples of a mic by which all others are judged.

Named for the year that it was created (1949), the M49 was truly a revolution for recording engineers. Thanks to an innovative remote-controlled pickup pattern, an engineer could easily adjust the direction of the microphone without leaving the confines of the control room. This simplified way of testing out new sounds was created by Herbert Großkop and purchased by Neumann for use in the M-49.

An even more impactful element of the M49 is the sound itself. The mic features two cardioid condenser systems inside its housing, with the front remaining at a consistent 60Vdc and the back going from 0Vdc to 120 Vdc. The resulting sound features a consistent smoothness that is highlighted by heavy lows and highs that can cut perfectly across recordings.

Finding favor in the studios of 50s and 60s, the M49 was the standard microphone used on smooth pop and soulful jazz recordings during the era. Despite being used predominantly on vocals, both in the studio and in the live setting, the mic was also used for instruments, especially monumental brass and drum tracks.

Released 10 years after the birth of the Neumann M49, Miles Davis was said to have exclusively used the microphone on his best-selling album, Kind of Blue.

For the stark vocal take on "Bridge Over Troubled Water," producer Roy Halee used a M49 to mic Art Garfunkel. The mic was also reportedly used on Hal Blaine's percussion in the third verse, which is actually done with tire chains. Neumann M49s were famously used throughout the sessions for Highway 61 Revisited, Bob Dylan's first electric album. Immortalized in shots by a Fender photographer, Dylan looks away from the camera while holding a Jazz bass and M49 is seen overhead.

With its firm grasp still planted on the recording world, Neumann M49s have continued to remain one of the most essential microphones around. While there have been many clones and reproductions since 1949, few have been able to match the legendary status of the M49.
Categories: News and Events
Tags: Neumann
Posted By: Eric Allen