The Hearty Sound Of The Coles 4038 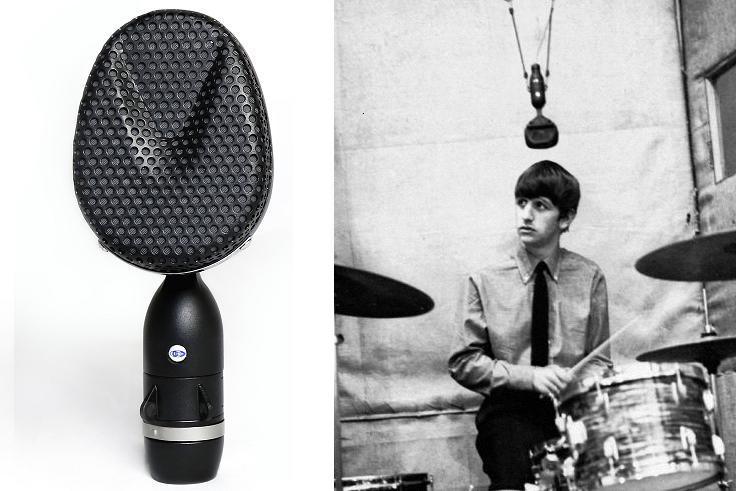 Designed and built by the BBC in the early 1950s, the Coles 4038 is one of the most popular ribbon microphone of all time. With its unique hoof-like shape and an appearance similar to waffle iron, this microphone has a sound that is extremely hard to match.

Aside from often being used for miking brass sections, producers and engineers have predominantly looked to the Coles 4038 for recording drum sounds. The popularity of this use most likely leads back to Beatles and Led Zeppelin records, as Glyn Johns was a staunch user of the mic. The Coles 4038 was the in-house mic used during many live BBC broadcasts including some of these essential performances from The Beatles.

In addition to recording some of the biggest artists ever, including The Who, Bob Dylan, and The Rolling Stones, Johns pioneered a drum recording technique simply known as "The Glyn Johns Method." With a miking process that only includes three or four microphones, often utilizing two Coles 4038, the sound was a revelation in the world of recording.

By placing a Coles 4038 over the drummer's head and a little behind his right shoulder, Johns gained epic drum sounds that offered a weighty bottom to his recordings. The resulting mixes, which would become synonymous with the thundering drumming of John Bonham and Keith Moon, were created by Johns and his trusty Coles 4038. Used throughout the production of Who's Next,Johns employed his method with Coles 4038 to mic Keith Moon.

The Coles 4038 offers quality that you can feel just by simply touching the microphone itself. With a heavy and sturdy design, these mics will hold up over time and offer consistent sounds again and again. Yet, the mics aren't limited to drums and brass, or anything remotely sounding like British hard rock.

While some have pigeonholed the mic, thanks in part to Johns, other producers have staked their own claim with the Coles 4038. Steve Albini, Bob Rock and Butch Walker have given the mic new life by naming it a favorite in their arsenal of recording gear. Albini has gone so far as to say "If I owned one mic, this would be it."

Thanks to bi-direction polar response, the microphone responds on both horizontal and vertical planes, and responds extremely well to different air pressure. If you're interested in finding a microphone that is well-rounded, but is also perfect for overheads, look no further than the Coles 4038.