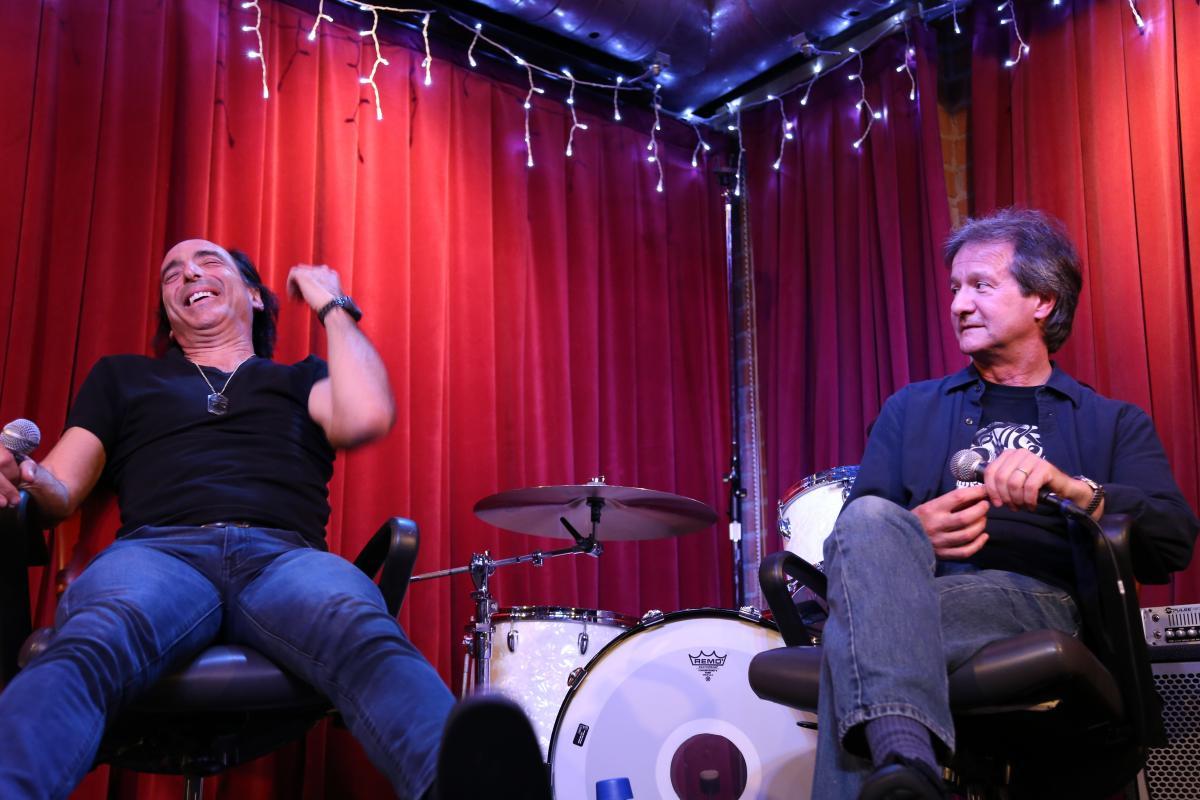 When it comes to studio innovation in the past 50 years, it truly doesn't get much bigger than Bob Clearmountain and Chris Lord-Alge. These two music veterans have had their hands on nearly every genre of music since the mid-70s and will be taking part in a Q&A, sponsored by Vintage King, on June 10th.

The two modern masters will be discussing the legacy of their work in an event called  "Bob Clearmountain and Chris Lord-Alge Deconstructed," which will be held at Apogee Studios in Santa Monica, California. Talking about their recording processes, both past and present, Clearmountain and Lord-Alge will offer their thoughts on mixing, technology and the state of the music industry. In addition to a conversation led by Mix Magazine editor Tom Kenny, the two will be fielding questions from the audience.

For those who don't know, Bob Clearmountain's resume speaks for itself. As Mix Engineer for Bruce Springsteen's Born in the U.S.A., David Bowie's Let's Dance, Roxy Music's Avalon and producer for The Pretenders' Get Close, Clearmountain has spent the better part of five decades in the studio. In more recent years, he has continued to work with older artists like Bryan Ferry and the Rolling Stones, while also adapting to newer music with the likes of Sheryl Crow and Lucinda Williams.

The legacy of Chris Lord-Alge starts with his work at Unique Recording Studios in New York. Powering projects with his patented use of compression, Lord-Alge had early hits with James Brown's "Living in America," Bruce Springsteen's "Dancing in the Dark" and Madonna's "La Isla Bonita." In the 2000s, the producer moved towards the punk sound of bands like AFI, Avenged Sevenfold and Sum 41, while also creating his own signature line of audio plug-ins with Waves Audio.

Spots for "Bob Clearmountain and Chris Lord-Alge Deconstructed" are going fast, as there are only 150 seats available to the public. Vintage King is offering the chance to RSVP for the event below, so sign up now before all of the available spots are gone. Please join us for a special night with Bob Clearmountain and Chris Lord-Alge, and take the time to pick the brains of two essential recording studio experts.

SORRY - THE EVENT IS SOLD OUT. WE’LL HAVE FULL VIDEO COVERAGE UP FOR YOU SOON.
STAY IN TOUCH WITH OUR BLOG FOR MORE GREAT VINTAGE KING EVENTS!