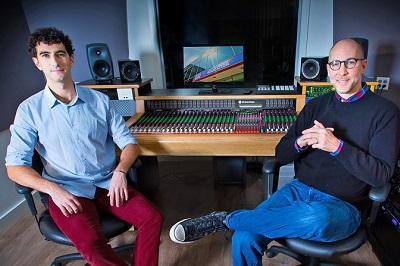 Vintage King Audio is working to expand the studio facilities for Audio Technology Program students at SAE Institute’s creative media arts colleges across the United States. After years of working with SAE, VK was recently called upon to implement a comprehensive upgrade of its recording studios with standardized 8-Bus configurations.

“We’re working on a number of projects with SAE, but the main one is getting the 8-Bus rooms together at SAE’s Miami, Nashville, and San Francisco schools,” says Jeff Leibovich, sales consultant at Vintage King, a global leader in professional audio sales, studio consulting, and comprehensive gear servicing. “Ultimately, we’re aiming to equip SAE’s campuses in a similar fashion, which will ensure that all of SAE’s audio engineering students have access to the same kind of professional studio set-ups that they’ll encounter when they graduate and start working. This technical uniformity will also create consistency in training, and allow students to transfer between campuses seamlessly.”

“Working with Vintage King has been great,” says Bill Smith, SAE National Academic Director. “Because VK has such a broad reach in the industry, it ensures that the equipment we’re buying is truly reflective of what’s used professionally. It makes the learning experience so much better when the students get a taste of true quality in a real working environment. With our seven campuses around the country, having a strong partner that can provide immediate support is invaluable.”

Vintage King was involved in the building of SAE’s Chicago school at its earliest stages. They provided SAE’s newly opened Chicago campus with a Toft ATB 32 console and select outboard gear, including Daking 500 Series EQs and Mic Pres, Purple Action Compressor, SSL 611 Dynamics, and Phoenix Audio DRS-EQ500. A similar package was installed in Nashville and is slated for San Francisco. SAE’s Nashville, Atlanta, Los Angeles, and Miami campuses were equipped with the new Genelec M040 and M030 monitors. Both the Nashville and Miami campuses also received new outboard gear for their SSL rooms and a variety of new microphones from Neumann, Royer, Sennheiser, AKG, and others.

“The best part of working with SAE in Chicago was that I got to see the space go from a shell to the professional facility that it is today,” says Leibovich. “What’s impressive about SAE is that they’re not just teaching the science of audio to their students, they’re also teaching them the skills that they’ll need to become working engineers, producers, and entrepreneurs in today’s music and entertainment business.”