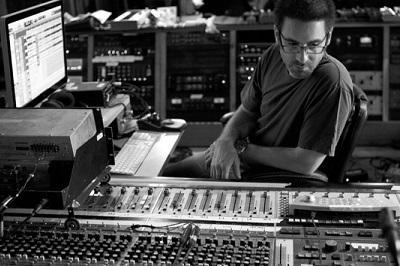 On February 23, A-list engineer Ryan Hewitt will be rolling up his sleeves, pulling up a session, and passing along valuable insight about the mixing process. Vintage King is proud to sponsor the event, which is a part of the Studio Prodigy Master Class Series.

This particular session could not be taking place in a better listening environment. Universal Mastering Studios is opening its doors, letting a small group of guests revel in their highly regarded Zero Reflection (ZR) acoustic space, crafted by Delta H Designs.

The 10 AM - 6 PM session will cover both in-the-box and hardware-based summing approaches, taking you through every step of the process. Guests will learn everything from Ryan's approach to gear logistics to how to build a mix, develop an effective dialogue with clients, and form your own mix personality.

Space is limited to just 25 attendees, so if you're interested, head on over to the Studio Prodigy Master Class Series and snap up the last of the tickets.

You've most definitely heard Ryan's work, even if the name "Ryan Hewitt" doesn't instantly ring a bell for whatever reason. He recorded Stadium Arcadium, the Grammy-winning album from the Red Hot Chili Peppers. As a mixing engineer, he's lent his touch to a wide range of releases. You can hear his approach on the latest album from the Avett Brothers or tracks from MGMT, Sheryl Crow, Harry Connick, Jr., blink-182, the list goes on.

With a client-focused approach, tireless work ethic, and epic sense of humor, Ryan's become a first choice among professionals, getting calls from producers such as Rick Rubin, Matt Serletic, Gregg Wells, Jeff Trott, and Max Martin. Outside his busy project list, he's excited for the chance to talk shop and share his process with an elite, intimate group of engineers.

All in all, with its blend of in-depth mix insight, engineer-to-engineer camaraderie, high-level industry networking, and the chance to take home sweet gear, next week's session is really hard to beat.

To make things even more interesting, we're throwing a giveaway into the mix. By attending the session, you have the opportunity to win some cool stuff, including:

• A one-on-one 2-hour session with Ryan to pick his brain or you can even bring in your own mix and have him give you some pointers.

• Sterling Modular is offering 10% off to all attendees.

You can scope out the full session agenda here. To get your tickets and be entered to win, head over to the Studio Prodigy Master Class Series.

Categories: News and Events
Posted By: Brian B.