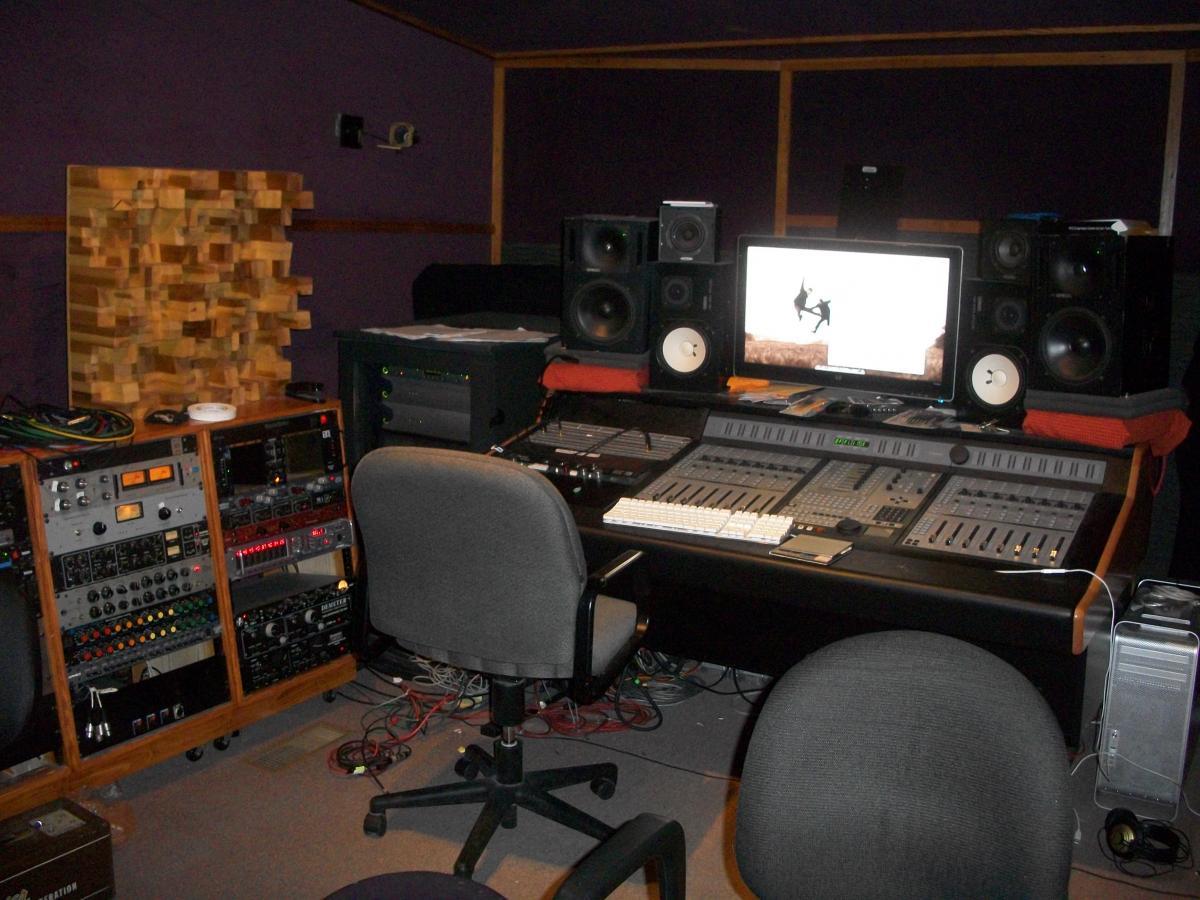 In the 1970s and 80s, Boston’s legendary Dimension Sound Studio was one of Beantown’s busiest and best-loved recording rooms. The studio had some interesting and unique features, like an elevated control-room that looks down on the tracking area, and get-this; lead-lined walls!

Upon its iconic black and white checkerboard floor stood some of the region’s greatest rockers; none more well-known than George Thorogood himself. The howlin’ blues guitarist cut his two biggest LP’s at Dimension, putting his music and the studio on the map. Gold records were hung, and good times were had.

Despite being closed in 1992, Vintage King was excited to find that three dynamic dudes have resurrected the old studio from the grave. Partner/Producers Matt Malikowski, Tom Dubé and Dan Cardinal, all seasoned music-scene veterans, have rolled up their sleeves and gotten to work reviving Dimension.

Long gone is most of the original gear, including the Yamaha C7 piano and the pair of Telefunken 251’s that mic’d it. But one very BIG piece of equipment remained; the old EMT 140 reverb plate has been sleeping in the basement all these years! (Plans are to get it cranked back up again as soon as possible). So the guys have loaded-in their ProTools HD2 with Pro Control, along with other odds and ends for mics and outboard.

Naturally, much new gear has been needed to fill-in the gaps, and for that Dimension has turned to Vintage King. Drew Townson, VK’s Boston rep, has provided the project with a pair of Wunder CM7s, a Wunder CM67, a Purple Sweet 10-Rack, a handful of 500 modules, and more.

Even as studio restoration work is in-progress, the recording sessions have been rolling non-stop for a year now. Dimension’s modus-operandi is to track organic live performances, with everybody mic’d up and playing together on the famous (and freshly re-done) checkerboard floor. All the room’s original GOBOS, now steamed clean, are being used for every session. Malikowski, the primary recordist, is particularly fond of the tone of the room. “It really has a unique sound to it, a very cool ‘70s type sound,” he reports.

Notable artists who have recorded at the new Dimension are Session Americana, Rose Cousins, The Deadly Gentlemen, The Red Measure, Laura Cortese, and many more. Good artists making good music and good recordings; it’s all happening in a studio that was once-left-for-dead. The future is looking very bright for Boston’s Dimension Sound.