The Oberlin Conservatory of Music And Vintage King Team For Revamp 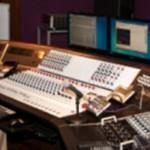 The Oberlin Conservatory of Music began planning the construction of their state of the art Joseph R. Clonick Recording Studio over ten years ago, with acoustic consultant Dana Kierkegaard of Kierkegaard Acoustic Design at the helm.

While developing plans with the college’s project liaison Michael Lynn, Kierkegaard turned to Vintage King’s Ryan McGuire for assistance with the studio’s new gear. Kierkegaard has worked with Vintage King (and McGuire in particular) on previous projects; the pair took the same innovative approach to selecting gear for the Clonick Recording Studio and performance space.

“Working with Dana Kirkegaard on this project was a pleasure as he is very familiar with the best audio gear available both past and present,” says Ryan McGuire of Vintage King. “He had Oberlin’s best interest in mind while selecting gear that’s a bit ‘outside of the box’ compared to what most educational institutions install nowadays. I really believe the result is a studio that rivals the best in the United States. The Clonick Recording Studio will be relevant and up to date for decades to come and will offer Oberlin staff and students the flexibility to handle any project that comes their way.”

Now equipped with a 16 channel Rupert Neve Designs 5088 Console with Shadow Mix Automation, McGuire and the team at Oberlin created a unique, state of the art package of gear for the new space, from the stereo pair of Telefuken V76’s in a custom Vintage King rack to the Neve 8816 and Thermionic Culture Phoenix Mastering Compressor.

An impressive roster of musicians have since utilized the state of the art facility, including pianist and composer Hiromi Uehara. The pianist mixed her latest album with producer Michael Bishop, Richard King, principal hornist of the Cleveland Orchestra, and Stevie Wonder, who stopped by to play the studio’s Hamburg Steinway during the studio’s opening ceremony festivities.