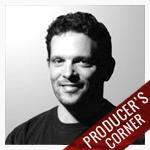 Michael Beinhorn started his professional career as a musician, playing keyboards in Bill Laswell's Material during the 1980s. He got a chance to work with Herbie Hancock, producing Hancock's Future Shock album, which contained the massive hit single "Rockit," long regarded one of hip hop's seminal hits. In 2004, Beinhorn received a Grammy Nomination for "Best Engineered Album, Non-Classical" for his work on Fuel's 2003 album, Natural Selection.