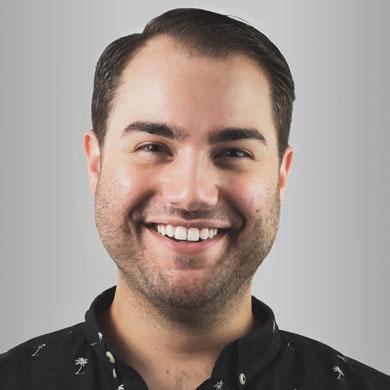 Starting his venture into music at the young age of six-years-old, Thomas O’Conor was a quick study while sitting behind the drum throne, eventually even picking up other percussion instruments. His focus shifted to the world of DJing when he got his first set of turntables and a sampler at the age of 13, but the influence of his training on drums could still be found in his performances.

“I was really into turntablism and electronic music in my early teens. I was playing the turntables and mixer as a percussion instrument,” says Thomas. “As I got older, I would dream about one day having my own studio full of gear, drum machines and synths making my own music.”

Thomas' dream of creating his own studio led him to attend SAE Los Angeles to study both Electronic Music Production and Audio Engineering. After landing a position as an intern at Deanland Studios in Malibu, he quickly ascended to the studio’s engineer chair. Making the decision to continue his education, Thomas left Deanland for SAE London to receive a Bachelor's Degree in Audio Production and Engineering.

“When I got back from London, my passion for gear and learning about new technologies led me to work in Pro Audio/Studio Retail,” Thomas says. “I'm glad I took this path, as my favorite part of the job is helping clients with their studios and learning about new gear/technology. Vintage King has always done a great job at being as passionate about gear as I am!”

Since starting as Sales Support at Vintage King Los Angeles in 2015 and graduating to Audio Consultant shortly thereafter, Thomas has been serving clients around the country and helping them make their own studio dreams into a reality.

What is the most inspiring part of the recording process for you?
Collaboration. Getting a different set of ears other than your own will always achieve unique results not possible on your own. Also, the side effect is you're likely to learn new techniques!

What piece of gear do you think changed history?
As far as changing history, the microprocessor has the most impact in modern times in my opinion. It completely changed the recording process (for better or worse, depending on who you ask).

What record do you point to as an example of perfect music production?
Anything by Aphex Twin, the man is a genius. From beautiful compositions to creating some of the dirtiest sounds which complement the composition perfectly, he does it better than most.