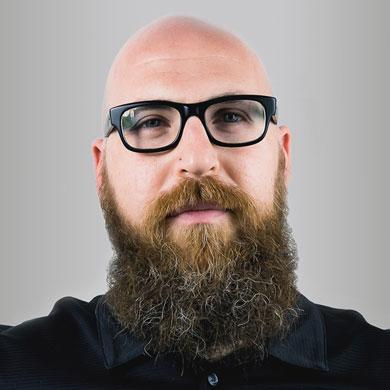 Originally hailing from Phoenix, Navon Weisberg started out learning how to record by working with his high school band. “We were set on having creative control,” he says. “From there I began to take recording classes at the local community college while in high school, so I could get my hands on the microphones I could never afford and absorb as much experience as I could.”

After spending years in the industry working at large studios in both Phoenix and Los Angeles learning technique and theory, he’s proud to have carved out a niche for himself in the studio world. This may seem like a more traditional path, but Navon's approach to music and recording is less than conventional, as his favorite artists aren’t easily corralled. "Rules and barriers were meant to be broken," says Weisberg. This philosophy has given him a laser focus on getting the best sound for his clients, no matter what type of gear is used for the end result.

As for his experience at Vintage King, Navon loves the opportunity that he’s been afforded here and is always excited to get his hands on new gear as soon as it’s released. With his enthusiasm paired with his knowledge base, he’s all-the-more prepared to help you find the next piece of equipment for your studio or creative space.

What record do you point to as an example of perfect music production?
Mr. Bungle's Disco Volante.

Who are some of your favorite artists?
Ministry, Melt Banana, Neurosis! - These bands are leaders, not followers.